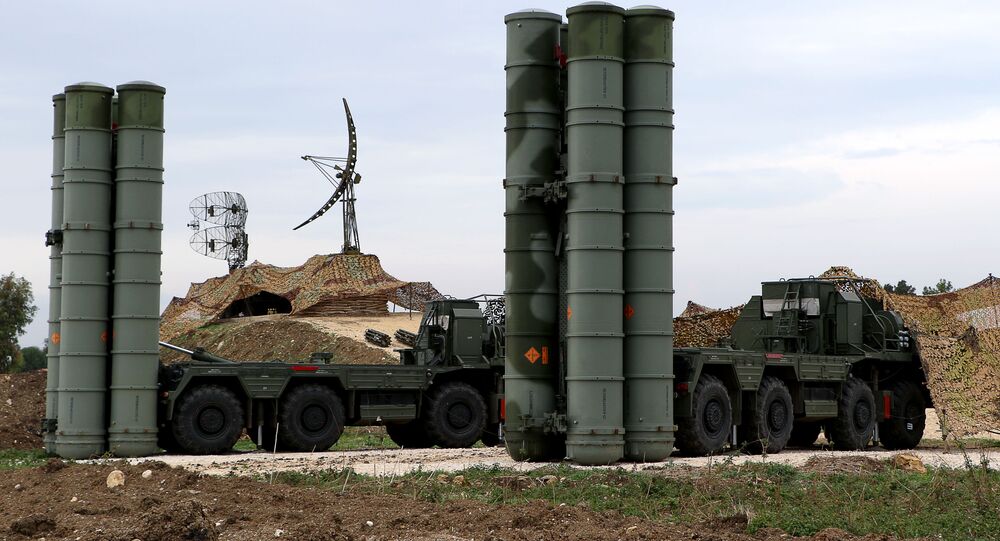 The US has repeatedly reproached Turkey for its purchase of the Russian-made S-400 missile systems which Washington claims are incompatible with NATO security standards. Ankara insists that the air defences do not pose a threat to the alliance, resisting US pressure to cancel orders.

Senate Foreign Relations Committee member Senator Bob Menendez has asked Secretary of State Mike Pompeo to clarify whether Turkey’s purchase of the Russian S-400 missile systems worth $2.5 billion should be seen as something that complies with Ankara’s previous pledge to increase defence spending in line with its NATO obligations.

In a letter to Pompeo released by the Committee on Monday, Menendez claimed that “it would be highly ironic – and hugely problematic – if this S-400 purchase allows Turkey to finally meet its NATO spending pledges”.

He recalled that during the 2014 NATO summit in Wales, its members agreed that allies who spend less than 2 percent of their Gross Domestic Product (GDP) on defence will “aim to move towards the 2% guideline within a decade with a view to meeting their NATO Capability Targets and filling NATO's capability shortfalls”.

Menendez called for the State Department’s assessment “as to whether this purchase will count towards its overall defence spending figures”.

“If the State Department does not hold this view, I would request that you urgently engage with NATO headquarters and NATO member states to ensure that this purchase is not included as an eligible expense”, Menendez noted.

He insisted that the countries whose spending “violates the spirit of the NATO alliance and puts member states at significant physical risk should be punished; they should certainly not be rewarded”.

US President Donald Trump has repeatedly criticized NATO member states for failing to carry their share of the alliance’s military and financial burdens. Turkey, in turn, promised in 2018 to meet NATO’s 2 percent defence spending guideline by 2024.

As far as the S-400 deal between Ankara and Moscow is concerned, it has been repeatedly criticized by Washington which asserts that the Russian-made air defence systems are incompatible with NATO security standards and may compromise operations of the new US F-35 fighter jets.

In July 2019, the United States suspended Turkey's participation in its F-35 multirole fighter program over Ankara's purchase of the S-400s, adding that the country would be completely removed from the project by late March 2020.

Ankara insists that the S-400 would not pose a threat for the alliance, resisting US pressure to cancel orders and stressing that the contract on the Russian air defences is a “done deal”.

Moscow and Ankara signed a $2.5 billion agreement for the delivery of four S-400 batteries in December 2017. The delivery of all S-400 components to Turkey was completed before the end of 2019, with a contract for the supply of the second battalion of the S-400s expected to be signed by April 2020.

Turkey Has to 'Destroy, Return, or Somehow Get Rid of S-400' - US Department of State

Ankara Says It Bought Russian-Made S-400s to Use Them, Not Put Aside