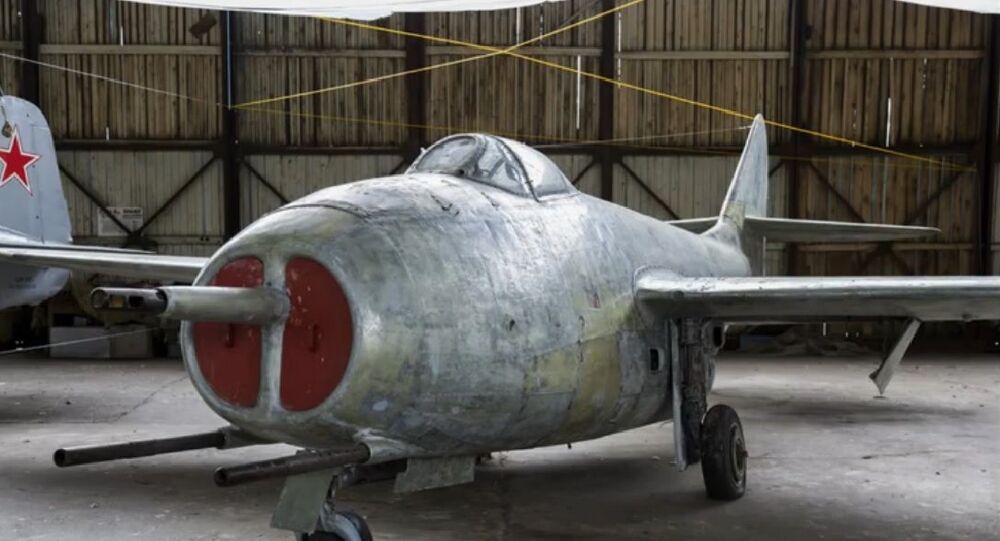 From Me-262 to Gloster Meteor: the World’s First Jet-Powered Warplanes

It was during the closing stages of World War II in 1945 when military aviation finally entered the jet age which saw several countries trying to develop jet-powered warplanes. Here’s a look at some of these aircraft.

The world’s first operational jet-powered fighter jet, the Messerschmitt Me-262 entered service with the Luftwaffe in the spring of 1944, when Nazi Germany started to lose its air superiority in the Second World War.

The plane’s advanced engines helped it to fly at speeds of up to 900 kilometres per hour and climb to an altitude ceiling of 11,000 metres.  The Me-262 was armed with four 30-mm guns MK-108 plus 24 R4M unguided rockets to fight enemy bombers.

From 1945 till 1951 Czechoslovakia built and flew the (German) Messerschmitt Me 262.😳 During the war the Me 262 was also produced in Czechoslovakian factories. In 1945, Czechoslovakia still had the equipment required to build the aircraft (Avia S-92). #WW2 #coldwarhist pic.twitter.com/FMMH4GooMM

In all, pilots flying such planes shot down about 150 enemy aircraft while losing about 100 Me-262s. Experts attributed the losses to a low level of pilot training, insufficient reliability of the engines and logistics-related problems. Despite the sophisticated design, the Me-262 never became Nazi Germany’s super weapon, not least because it gained speed and altitude slowly, possessing worse manoeuvrability than that of piston planes.

More than 600 MiG-9s were built at the time, with Soviet pilots especially praising the vehicle for its reliability. At first, though, the pilots were afraid of flying a plane without a propeller, while technicians lacked sufficient service experience. To speed up the development of the MiG-9, groups of engineers from manufacturing plants were sent to all Soviet Army units where the MiG-9 was in service.

The Lockheed F-80 Shooting Star was the first US fighter jet . It took off for the first time on 8 January 8, 1944. The aircraft was built in just 143 days in order to strengthen US Air Force in Europe during WWII but it started to enter service only in late 1945.

A Lockheed F-80 Shooting Star on the summit of Pikes Peak, circa 1958. #ThrowbackThursday pic.twitter.com/xkrERPs7Ij

A classic monoplane with a low-lying straight wing and a single tail, the F-80 flew at a speed of 933 kilometres, with an altitude ceiling and range of 14,000 metres and 800 kilometres, respectively. The armament included six 12.7 mm machine guns, as well as bombs and unguided missiles.

The plane’s baptism of fire took place during the 1950-53 Korean War, when the F-80s carried out 15,000 sorties as fighter-bombers in the first four months of the war. Their limited maneuverability, however, prevented the aircraft from getting the better of the Soviet-made Yak piston planes.

The first British fighter jet, the Gloster Meteor, conducted its maiden flight on 5 March, 1943, and a year later it entered service at the Royal Air Force (RAF). This single-seat aircraft was equipped with two Rolls-Royce W.2B /23C Welland turbojet engines with a thrust of 771 kilogrammes each.

The plane had a maximum speed of 676 kilometres per hour, a range of 2,000 kilometres and an altitude ceiling of 15,000 metres. The Gloster Meteor was armed with four 20 mm guns which helped the plane successfully destroy Nazi Germany’s V-1 “flying bombs”, known as “revenge weapons”.

A total of 14 such bombs were obliterated by Gloster Meteor planes, which, in the spring of 1945, got the green light for the so-called "free hunting" over German territory. The RAF lost only two Gloster Meteors which collided with each other in bad weather while returning from a mission.