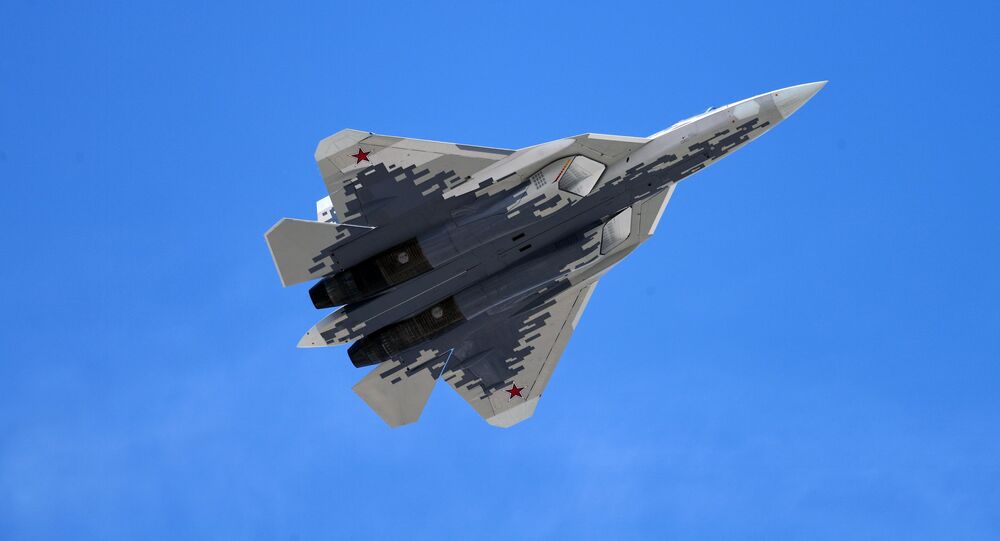 Late last year, Russian aerospace and defence giant United Aircraft Corporation confirmed that new weapons systems designed especially for the Su-57 had been developed or were in active development, without elaborating.

A prototype hypersonic missile designed for use aboard Russia’s new Su-57 fifth-generation stealth fighter has been created, a defence sector source had told Russian media.

The source described the missile as a small, air-to-surface weapon designed to be carried inside the plane’s fuselage, and said it has yet to be tested aboard the plane.

No other details about the weapon’s characteristics or who developed it were made available, and the reports have yet to be commented on by anyone at UAC, Sukhoi or the military.

The defence sector first teased the possibility of deploying hypersonic missiles similar to the Kinzhal hypersonic, nuclear-capable missile in 2018. Kinzhal was deployed into service aboard the MiG-31K in December 2017, and a version of the missile for the Tu-160 ‘White Swan’ strategic bombers is also being developed. The weapon is believed to have an operational range of up to 3,000 km, and a flight speed of Mach 10-Mach 12 (12,250-14,700 km per hour).

Large-scale deliveries of the Su-57 into Russia’s aerospace forces are expected to begin later this year. The aircraft is a fifth-generation stealth superiority fighter created by the JSC Sukhoi Company. The planes are intended to eventually replace the MiG-29 and Su-27 in Russia’s Aerospace Force and Navy, and are equipped with advanced avionics, airborne active phased radar, ELINT and a variety of high-precision weaponry.