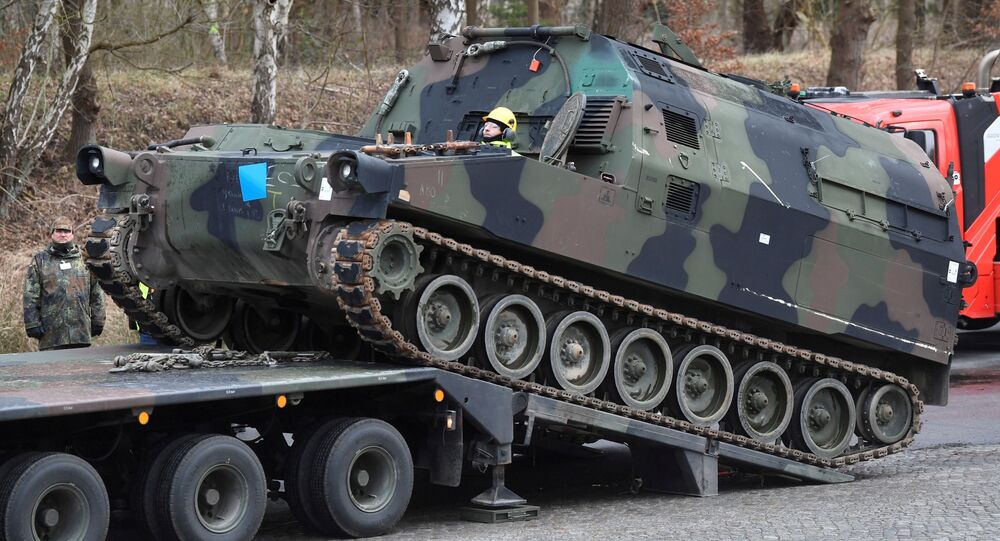 Earlier this month, Russian Foreign Minister Sergei Lavrov promised that Moscow would naturally “react” to the Defender Europe 20 drills, but that Russia’s response would “not create unnecessary risks.”

The first contingent of American troops and military hardware started to arrive in the northern German port of Bremerhaven on Friday to take part in NATO’s ongoing Defender Europe 20 drills that were earlier touted by the US military as “the largest deployment of US-based forces to Europe for an exercise in the more than 25 years”.

The US-led exercise involves some 37,000 troops, including about 20,000 US personnel and 20,000 American pieces of equipment. The months-long drills, which will include exercises near Russian borders in Poland, Lithuania, Estonia and Latvia, have already been described by some German media outlets as a “rehearsal for an offensive against Russia”’ in the event of war.

The Pentagon called the Defender Europe 20 a drill that “demonstrates the US military's ability to deploy a large force to support NATO and respond to any crisis”.

Lt. General Martin Schelleis, German commander of the joint support service, said for his part that the exercises should not be seen as a sign of aggression against Russia.

“Russia is not a reason for the exercise, military capabilities can only be rebuilt and maintained in the long term”, he pointed out, adding that the drills are “essentially about the transit and transportation of troops”.

The remarks come after  NATO Secretary General Jens Stoltenberg told the Munich Security Conference last week that the North Atlantic Alliance would like to have better relations with Moscow, but will continue to support sanctions and increased military readiness against Russia.

“All allies remain committed to arms control, and to dialogue with Russia. We continue to aspire for a better relationship with our biggest neighbour,” Stoltenberg stressed.

At the same time, he said that NATO was “responding” to the alleged Russian threat, including by “significantly increasing the readiness of our forces, upholding sanctions, and countering Russia’s attempts to interfere in our democracies”.

Commenting on the drills earlier this month, Russian Foreign Minister Sergei Lavrov in turn stressed that Moscow would naturally “react,” but pledged that Russia’s response would “not create unnecessary risks.”

He underscored that it was “noteworthy that everything that we do in response to NATO’s threats to our security we do exclusively in our own territory.”