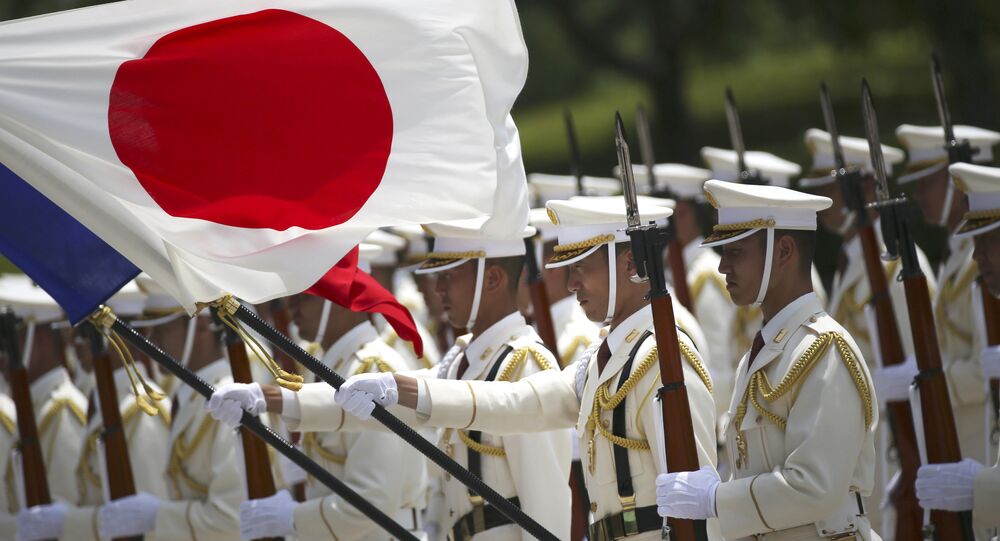 Japan’s Ministry of Defense has been quietly laying plans for a new stealth fighter to replace the F-2, one capable of outclassing the numerically superior Chinese air force. Nicknamed the “Godzilla” fighter by observers due to its size, the Mitsubishi F-X is expected to enter service in 2035.

Tokyo has moved to advance the Future Fighter concept aircraft toward a more concrete program that can yield a usable fighter, changing the name to the “F-X” program, releasing new concept art of the aircraft envisioned and setting aside some $256.5 million in fiscal year 2020 for "F-X related research projects" and "conceptual design in Japan-led development.”

The Ministry of Defense told military website Jane’s it expects to formalize a “framework” for the program by the end of 2020, noting the new jet could join the Japan Air Self-Defense Force (JASDF) as early as 2035, when the F-2 fighter is expected to retire.

"We will develop the F-X so that we can deliver the first production type [of the new aircraft] before the F-2 retirement starts,” a Japanese Ministry of Defense spokesperson told Jane's on January 30. "We will continue to discuss with potential partners, then we would like to determine a preliminary framework regarding development partners by December this year when we will finalise the draft cabinet budget for fiscal year (FY) 2021."

Further, according to Japanese requests for information (RFI) on the program cited by Defense Connect, it could eventually top $40 billion in total, with Tokyo buying up to 100 of the new jets.

Bradley Perrett at Aviation Week has nicknamed the large aircraft “Godzilla,” both a nod to the popular Japanese sci-fi films as well as to the aircraft’s size, which is bigger than the large, 62-foot-long F-22 Raptor. Perrett noted the Ministry of Defense wants an aircraft with both a very long range as well as a large payload capacity, and that the F-X program is likely to partner with Britain’s Tempest fighter program as well as the Future Combat Air System (FCAS) being jointly designed by Dassault and Airbus.

Perrett noted the design mirrors some characteristics of concept drawings of the FCAS released by Dassault, though the plane has four tail surfaces similar to the YF-23 Black Widow that Northrop and McDonnell Douglas produced to compete with Lockheed’s YF-22, which the Air Force eventually adopted over the Black Widow.

US Air Force
The two Northrop-McDonnell Douglas YF-23 prototypes in flight. The aircraft on display at the National Museum of the United States Air Force is the darker one on the right.

Mitsubishi has also courted US defense contractors Northrop Grumman, which built the B-2 Spirit and upcoming B-21 Raider stealth bombers, and Lockheed Martin, maker of the F-22 and F-35 stealth fighters, as well as Boeing and BAE Systems.

Learning From ‘A Giant Beetle’

However, Mitsubishi will be the lead contractor in the program, as it’s spent years developing indigenous advanced stealth technology via the X-2 Shinshin program, which it began when the US Congress banned sale of the new F-22 Raptor to other countries in 1998.

The X-2 testbed, which flew for the first time in 2016 and was once called the Advanced Technology Demonstrator, has helped Tokyo pioneer its own thrust vectoring system and powerful new engines, radars and composite materials. The X-2’s stealth design is so effective, Hideaki Miwa of the Defense Ministry's procurement agency told the Nikkei Asian Review “it looks no bigger than a giant beetle viewed from tens of kilometers away."

Tokyo has also developed its own equivalent of the Pratt & Whitney F119 turbofan engine used in Lockheed’s F-22 to give it supercruise capability, testing the XF-9-1 engines developed by Ishikawa Heavy Industries in 2018 on the X-2 Shinshin. However, the engines are slightly shorter than Pratt & Whitney’s, leaving more room in the fuselage for weapons storage - a problem that has plagued the F-35’s tiny internal weapons bays.

Other technologies tested in the X-2 that may make their way into the F-X include EMP-resistant, fiber-optic fly-by-wire avionics as well as “self-repairing” flight systems capable of compensating for damage in mid-flight, the blog The National Interest noted.

Another major driving force behind the F-X program is more frequent contact with increasingly advanced fighters owned by Russia and especially China. In 2018, JASDF fighters met Chinese or Russian aircraft in the skies on an average of three times per day, according to the National Interest, and the People’s Liberation Army Air Force (PLAAF) outnumbers the JASDF six-to-one. With the introduction of a slew of advanced jets like the J-11, J-20, and FC-31, the PLAAF is quickly eroding the advantage afforded to Japan by the F-35, F-15 and F-2.