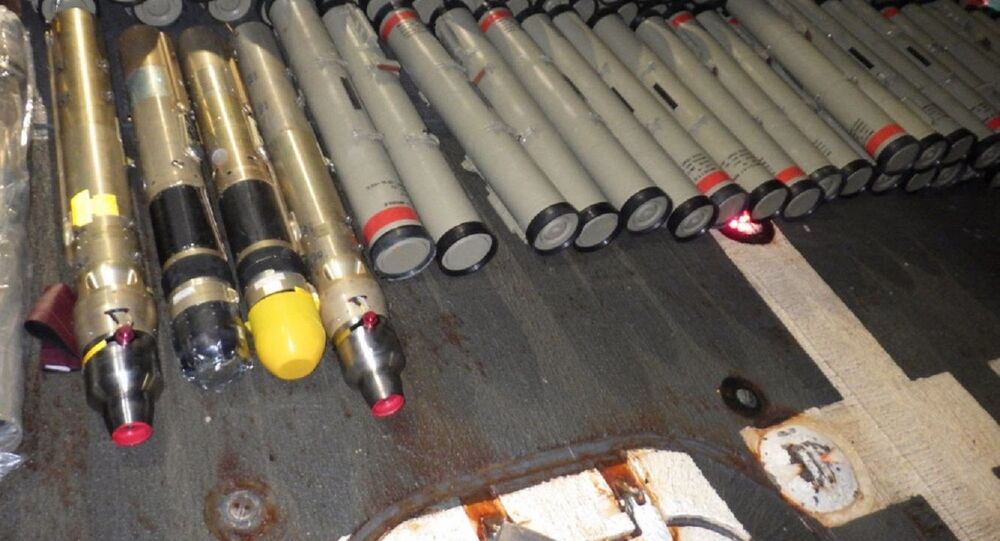 A pair of at-sea dhow interdictions by the US Navy in the last several months have turned up what has been described as a collection of new “uniquely Iranian-designed” missiles, it was revealed during a Pentagon briefing late Wednesday.

Speaking on the at-sea seizures by US sailors in November 2019 and February 2020, US Navy Capt. William Urban, who acts as the spokesperson for the DoD’s US Central Command, told reporters that service members had confiscated a total of eight 358 surface-to-air missiles during the raids.

Although Urban steered away from giving specifics on the capabilities of the new missiles, an unidentified military official with knowledge of the 358 surface-to-air missile explained to the New York Times that the projectile - similar to a cruise missile - is designed to loiter in a specified area before zeroing in and attacking its designated target.

The US military official went on to note that the projectile measures in at roughly 9 feet long and can be powered either with kerosene or diesel fuel.

Courtesy of US Central Command
This slide shows one of the five, near-fully assembled uniquely Iranian-designed and manufactured Three-Five-Eight surface-to-air missiles that were a part of the shipment seized by the USS FORREST SHERMAN in November.

Urban stated during the briefing that military officials concluded that the caches of weapons found during both inspections were headed to war-torn Yemen in support of the Iranian-backed Houthi forces.

Courtesy of US Central Command
Three-Five-Eight surface-to-air missiles seized by the USS Normandy in February 2020.

“The United States assesses with high confidence that the weapons seized by the USS Forrest Sherman in November and the weapons seized by the USS Normandy in February were manufactured in Iran and were being illicitly smuggled to the Houthis in Yemen in contravention of multiple UN Security Council Resolutions,” the spokesperson stated, noting that “some of the weapons were Iranian copies of Russian-made weapons, and some were uniquely designed by Iran and found nowhere else in the world.”

“The latest two seizures add substantial support to the body of evidence that Iran continues to smuggle advanced weaponry into Yemen in contravention of UN Security Council Resolutions,” he later added.

According to Military.com, when pressed on whether the Iranian government was directly linked to the weapons or if the caches were provided through a third party, Urban stated that “if the weapons were manufactured in Iran, then they came from Iran.”

"Certainly 150 anti-tank guided missiles do not just walk away. They are illicitly smuggled for a purpose, and that purpose is to spread lethal assistance to the Houthis, to Iranian proxies," he stressed.

Despite the trove of weapons, Urban informed reporters that the at-sea raid discoveries are not necessarily indicative of increased operations by Iran to boost supplies to proxy forces across the region, the Military Times reported.