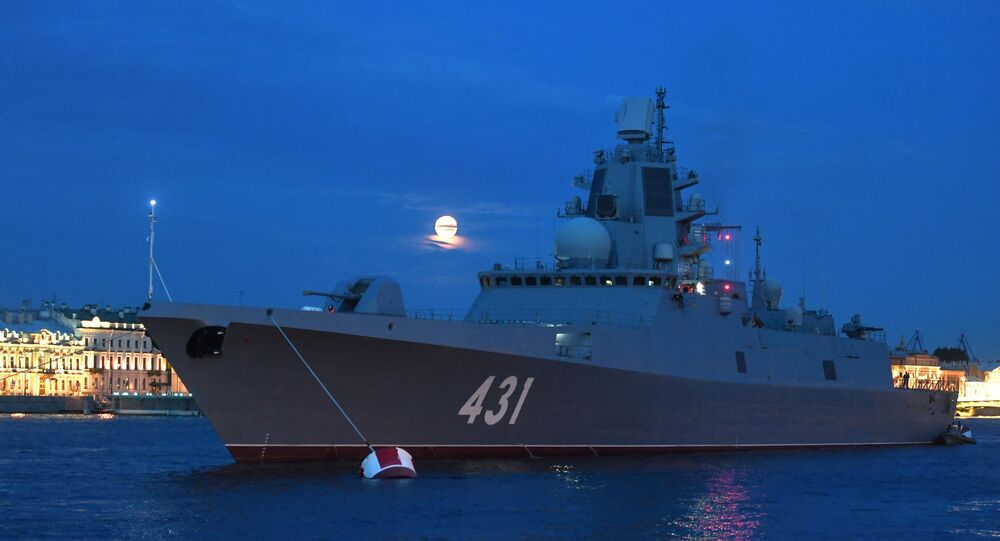 MOSCOW (Sputnik) - Russia's first Project 22350 frigate Admiral Flota Kasatonov will be commissioned to the Russian Navy in the first quarter of 2020, according to the head of Russia's United Shipbuilding Corporation (USC) Alexey Rakhmanov.

The frigate, undergoing state sea trials as part of the Northern Fleet, arrived in Severomorsk on 11 February after a series of tests.

"The next test phase will last for about one week, after which the ship will be prepared for transferring to the fleet. This is the first quarter [of 2020]", Rakhmanov said.

According to the press service of the Northern Fleet, during these tests the emphasis will be put on the ship's air defence systems.

A week ago, the frigate underwent successful tests of its Poliment-Redut shipborne antiaircraft missile system and radio-technical systems.

After finishing of the entire complex of state sea trials and signing of the acceptance certificate, the ship will be commissioned to the Russian Navy as part of the Northern Fleet.

The Project 22350 frigate is designed to perform a wide range of tasks, including the destruction of surface ships, convoys and airborne troop units; search and destruction of submarines and ground targets; and anti-aircraft, anti-submarine and anti-missile defence of ships and vessels.