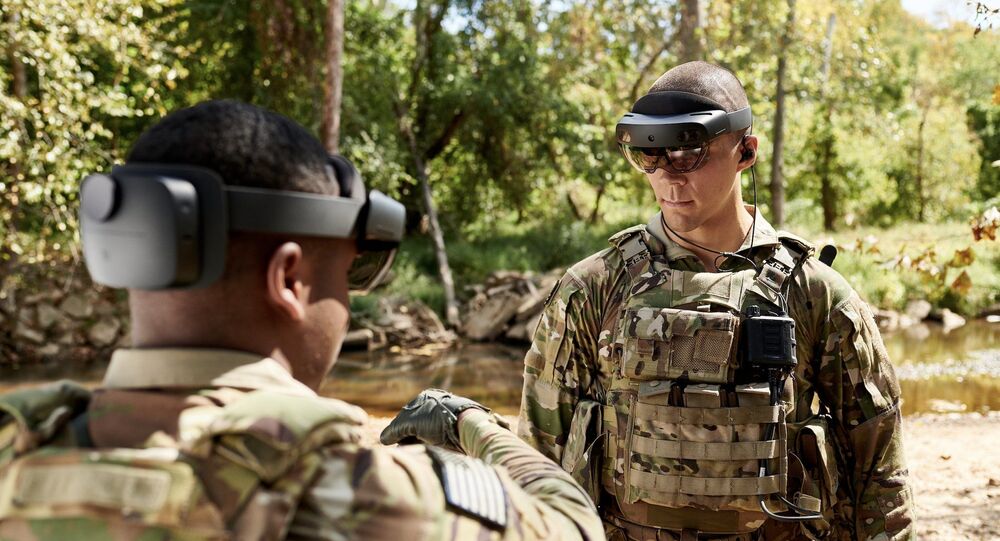 ‘Mixed Reality’: US Soldiers to Keep Their Situational Awareness With New Smart Goggles

In December, Brig. Gen. David Hodne, director of the US Army’s Soldier Lethality Cross Functional Team, said that the smart goggles would first be delivered to top tier units and then supplied to other infantry formations.

The US Army has announced plans to buy more than 40,000 pairs of do-it-all goggles, which is expected to be enough to outfit almost half of all close combat forces over the next few years.

A consumer helmet-mounted display, the Hololens is similar to those smart helmets which are worn by fighter pilots and which project data into the viewing field of the goggles’ wearer. Hololens was released in 2016 and operates on Microsoft’s Windows 10 operating system.

The IVAS goggles are designed to allow soldiers to identify friendly and enemy forces and aim their weapons without directly seeing the enemy.

Soldiers using such goggles will be better informed and can trade fire on the battlefield while benefiting from better cover and protection.

The goggles will also help an individual servicemen in an infantry squad maintain his situational awareness while interacting with the IVAS, which will be, in particular, equipped with facial recognition, a colour see-through digital display, thermal and low-light sensors, as well as rapid target acquisition and aided target identification.

Brig. Gen. David Hodne, director of the US Army’s Soldier Lethality Cross Functional Team, said late last year that the IVAS would first be fielded to top tier units before being disseminating among other troops.

The IVAS has been championed by Chief of Staff General James McConville and other top Army brass, who said that late 2021 may see the beginning of IVAS fielding.

Epic Fail: Modernization of US Army Has Numerous Significant Pitfalls