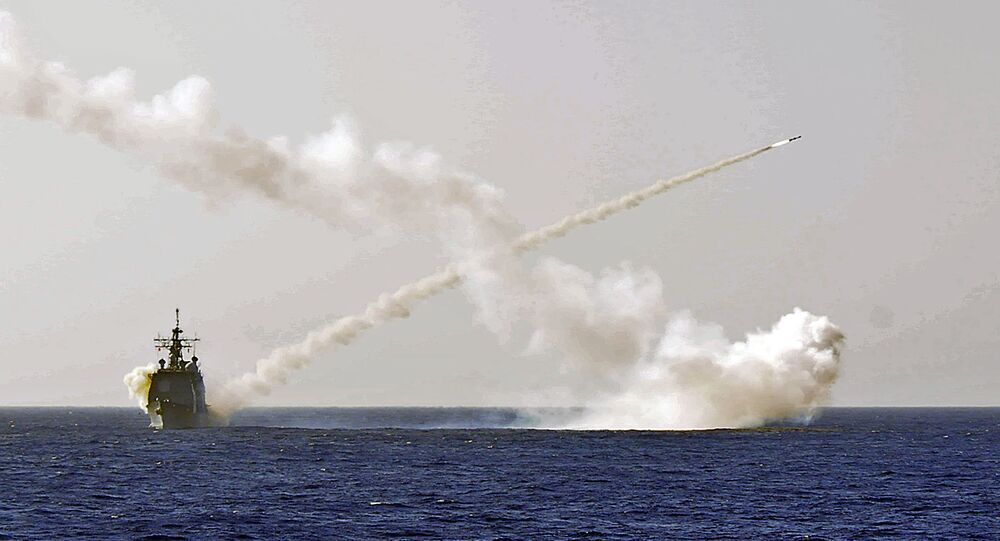 As China’s navy continues to grow in size and capability, the Pentagon is taking the threat more seriously than ever. The US Navy’s 2021 budget requests include a nearly twentyfold increase in anti-ship missiles over the next five years, including newer long-range designs. However, they have yet to match Beijing’s ultra-long-range weapons.

The US Navy’s budget requests for fiscal year 2021 include a huge increase in anti-ship missile purchases in response to the steady increase in size of the People’s Liberation Army Navy (PLAN), which already outpaces the US Navy and has begun to explore blue-water operations.

The requests include 1,625 missiles of various types, including a series of longer-range missiles - an increase of nearly 20 times the five-year request in 2016.

“This budget is a great signal of the Navy’s intent to finally get serious about the quality and quantity of the anti-ship missile inventory,” Eric Sayers, a Center for a New American Security adjunct senior fellow and former US Indo-Pacific Command staffer, told the outlet. “The request for LRASM, Naval Strike Missile and Maritime Strike Tomahawk is a real turning point in anti-ship budget seriousness.”

“Now that we are moving to buy LRASM in numbers, it would be great to see the Navy move to integrate it onto its large surface combatants,” he said. “It is also encouraging that allies like Australia and Japan are moving simultaneously to procure these high-end weapons.”

The Defense Security Cooperation Agency (DSCA) announced last week that 200 LRASMs had been sold to Australia for $990 million to buttress its burgeoning naval forces, which are also slated to expand dramatically over the next few years in response to the PLAN.

A Duel of Ranges

Many of the missiles sought by the US Navy have seen their ranges extended in an attempt to match the incredible range of China’s anti-ship missiles.

As Sputnik has reported, the People’s Liberation Army takes rocketry so seriously that it formed a dedicated branch for handling the weapons - the PLA Rocket Force (PLARF) - which has spared no effort developing a slew of long-range weapons to keep US Navy ships far away from Chinese shores.

Sputnik has reported that their range is so great, it exceeds that of US ship radars, posing a special danger that the British experience in the Falklands War shows can be deadly.

By comparison, the Naval Strike Missile built by Kongsberg has an operational range of between 185 and 555 kilometers, and the LRASM a range of just 370 kilometers. However, the modified “Maritime Strike” Tomahawk, once it becomes operable in 2023, will have a range of roughly 1,600 kilometers.

"That is a very big gap," Robert Haddick, a visiting senior fellow at the Mitchell Institute for Aerospace Studies and adviser to US Special Operations Command, told Reuters last May. However, some of those ranges can be extended by over-the-horizon spotters like the MQ-8C Fire Scout drone helicopter.

The PLAN is already larger than the US Navy, with 300 vessels compared to Washington’s 290. Defense News noted the PLAN is expected to reach 420 ships by 2035, while the US Navy’s ambitious expansion plan aims to hit 355 ships by 2030.

The PLAN is increasing not only in size but also in sophistication, retiring aging ships and replacing them with new, advanced warships. In January, the PLAN commissioned its first Type 055 guided missile cruiser, Nanchang - the largest such warship in Asia and second-largest in the world, second only to the US Navy’s Zumwalt-class ships. Last year, it commissioned its first domestically designed and built aircraft carrier, the Shandong, and completed construction of its first amphibious assault ship, the as-yet-unnamed Type 075.