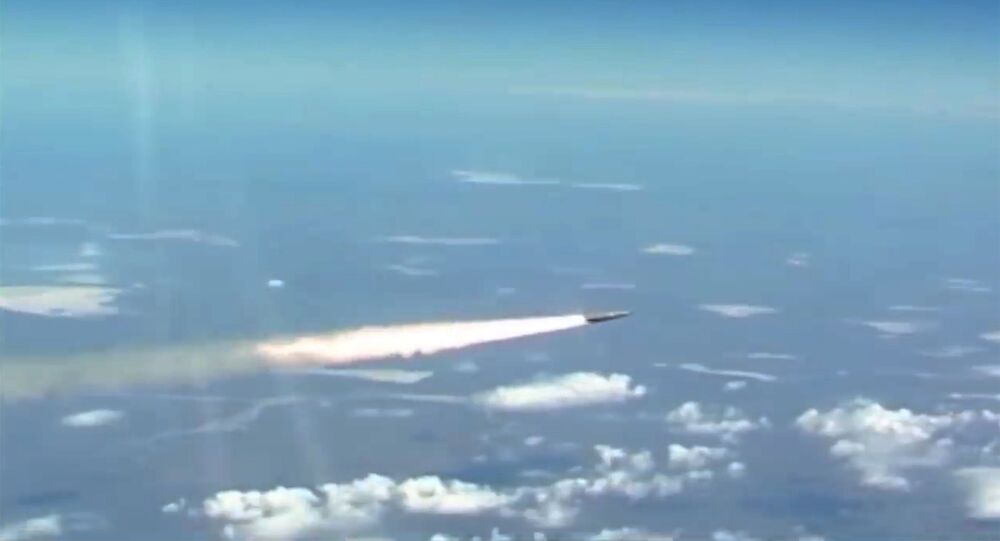 Russia and China are currently the only nations making significant advances in hypersonic systems, according to reports citing military experts. US Secretary of Defence Mark Esper said in January that the Pentagon was increasing funding and accelerating testing to develop hypersonic weapons years earlier than previously planned.

US President Donald Trump boasted recently that the US military has "super" missiles that can travel 5-7 times faster than conventional weaponry.

In the wake of growing military challenges, Russian engineers have kicked off the creation of an ultra-long-range air-launched missile with a separable warhead that can intercept high-speed and maneuvering targets, Russian media reported early on Wednesday, citing sources in the nation's military-industrial complex.

According to the media report, Russian specialists have finalized the concept of the cutting-edge missile. The Russian Defence Ministry has reportedly ordered the development of a multi-functional long-range interception missile system for the MiG-31 fighter jet and the prospective MiG-41. The new missile is reportedly capable of intercepting projectiles traveling at hypersonic speeds.

The concept reportedly envisages that the heavy high-speed air-based munition will deliver a combat unit with several air-to-air missiles at a distance of several hundred kilometers.

Lockheed Martin
US Air Force Scraps Major Hypersonic Weapon Program Amid Budget Squeeze
The missiles, according to the concept, will then separate from the carrier and be able not only to identify a distant target but also to hit it. The most efficient use of this cutting-edge anti-hypersonic system is reportedly expected to be an aircraft operating as part of a single information domain.

Russian President Vladimir Putin publicly announced in March 2018 that Moscow possessed hypersonic weapons. At the time, the US undersecretary of defence for research and engineering, Michael Griffin, admitted that, with regards to hypersonics, Russia and China are "observably ahead of [...] our current state of practice".