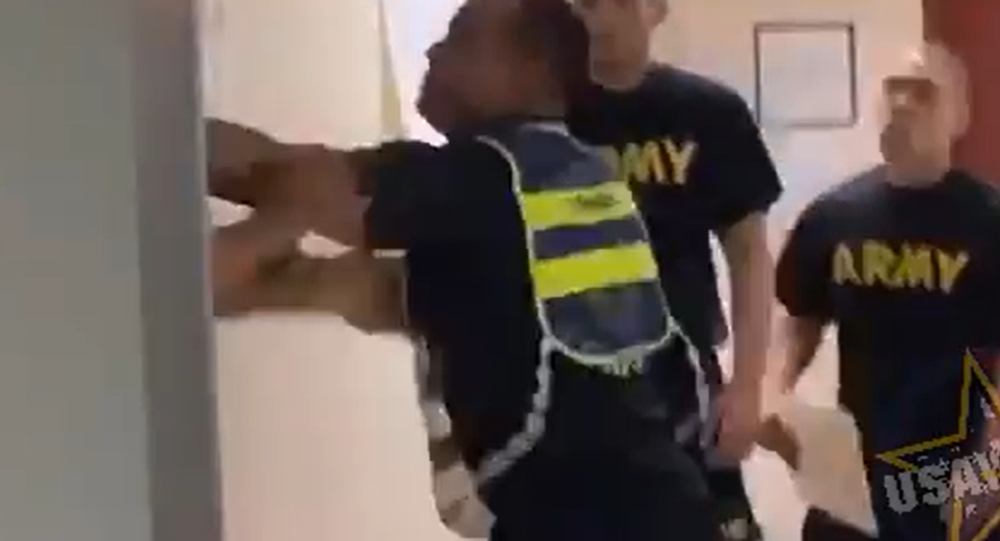 The US Army has suspended a drill sergeant after a video surfaced online of the sergeant assaulting a service member who used racist language.

A video of the incident was first posted on Twitter on Friday by an account titled “U.S. Army WTF! Moments.” The footage shows a group of service members with shaved heads in what appears to be a barracks at the Fort Benning military base in Georgia, where the Army's premier infantry school is located.

​At one point in the video, an unidentified service member makes the comment: “F**king h**, n****.” It’s unclear to whom the comment is directed. An unidentified drill sergeant then intervenes and tells the recruit: "Get back, yes, I'm from the f**king h**. You have a f**king problem?" Seconds later, the two begin fighting as the other recruits try to separate them. From the video, it appears as though the drill sergeant initiated the physical altercation.

In a statement to the Business Insider, Fort Benning spokesperson Ben Garrett said that the installation was "aware" of the incident and is currently conducting an investigation into it. He also confirmed that the drill sergeant has been “suspended pending the outcome” of the investigation.

"The language used and behavior portrayed in the video posted to online social media platforms are not consistent with US Army values of treating all with dignity and respect," Garrett added, although he did not comment on whether the recruit who made the disparaging comments would face discipline.

In another statement to the Insider, an unidentified former US Marine Corps drill instructor described the incident as "very unfortunate."

"According to the Marine Corps drill instructor's standard operating procedure, there is a well-defined list of reasons as to why you would put hands on a recruit," the former drill instructor explained, noting that drill sergeants cannot respond physically to “verbal intimidation” from a recruit.

"You can't endorse what the drill sergeant did. But that recruit obviously went way out of line. Traditionally, you can't get away with talking to somebody like that. It's not conducive to a professional military environment,” the former drill instructor added.