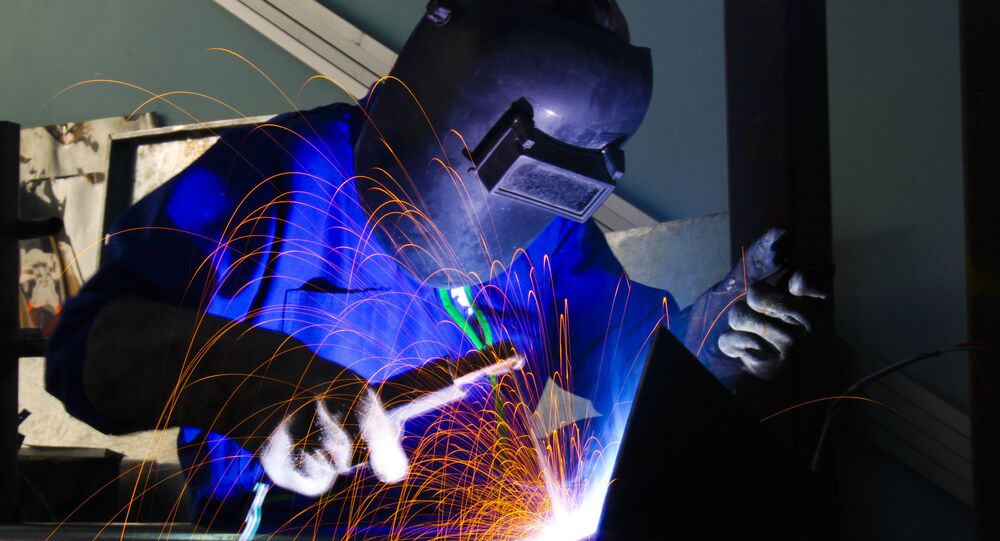 A new report by the National Defense Industrial Association (NDIA), a trade association that monitors US defense industrial capacity, gives the US military-industrial complex a “Mediocre C” grade, noting increasing demand as a strength and security and staffing issues as worsening problems.

In the executive summary for what will become an annual report, the group explained that the mediocre grade “reflects a business environment characterized by highly contrasting areas of concern and confidence.”

“Deteriorating conditions for industrial security and for the availability and cost of skilled labor and materials emerge from our analysis as areas of clear concern,” NDIA notes. “Favorable conditions for competition in the defense contracting market and a rising demand for defense goods and services reflect recent year-over-year growth in the defense budget.”

‘China Has … Attacked Us Everywhere’

The primary area of concern was industrial security, which rated at a 63 - the lowest of any field - and NDIA noted that “indicators of global information security threats were already failing in 2017 and scored even lower in 2019.”

Retired US Air Force Gen. Hawk Carlisle, NDIA president and CEO, told reporters Wednesday, "If we look at where we have been over the past 30 years, particularly since the end of the Cold War, our adversaries, China in particular and Russia as well, have attacked our industrial capacity and tried to gain technological superiority.”

"If you look at what China has done over those 30 years, they have watched how we fight, they have watched what we have done and attacked us everywhere they can. ... Trillions of dollars a year are taken from our country with intellectual property theft, with data breach ... and unfair trade practices of the Chinese in particular,” he said.

Sputnik has previously examined the questions of supposed Chinese design theft regarding the Harbin Z-20 helicopter and Chengdu J-20 stealth fighter, demonstrating that similarities between them and US aircraft is almost purely superficial.

Further, a November 2019 US congressional report advised research institutions and law enforcement agencies to adopt new policies aimed at curbing the flow of research and technology from US institutions to Chinese ones. The report placed Beijing’s “Thousand Talents Plan” at the center of the effort, with Sen. Rob Portman (R-OH), who chairs the committee that authored the report, saying at the time that “American taxpayers have been unwittingly funding the rise of China’s economy and military over the last two decades.”

“These talent plans are a win-win for China,” Portman continued. “China wins twice. First, the American taxpayer funds China’s research and development. Second, China uses that research to improve its economic and military status. This is unacceptable, and I look forward to working with Senator [Tom] Carper on bipartisan legislation to end this abuse of American research, intellectual property, and taxpayer money.”

The report claims the Thousand Talents program contains secret provisions in participants’ contracts requiring them to funnel their research back to China while camouflaging their relationships with Chinese institutions. However, as Sputnik noted, many of the objections used as examples include legal methods of transfer, such as exploiting loopholes in US export rules or simply the running of labs in both China and the US.

However, as Sputnik has reported, Beijing does indeed have a multi-decade plan to match and surpass US technological capabilities and has sunk billions into kickstarting its domestic tech and R&D industries, especially in fields like artificial intelligence. Further, the trade war between the US and China is also primarily aimed at forestalling China’s technical rise, forcing Beijing to provide extensive financial largesse to emerging tech sectors to insulate them from the effects of hundreds of billions of dollars in tariffs.

Defense industry production inputs also fared poorly in the NDIA review, getting a score of 68, reflecting low industry employment numbers. The report notes that in the mid-1980s, when the Reagan administration was overseeing an unparalleled military buildup toward the end of the Cold War, the defense industry workforce peaked at 3.2 million people; today, it employs just 1.1 million.

Ironically, part of the blame lies with the complex security clearance process, which stalls onboarding of new personnel, and which has become more necessary in recent years as the industry becomes ever more high-tech.

However, the report graded industrial competition very highly, giving it a composite index score of 96. High demand, both domestic and overseas, was also noted as an area of strength, winning a score of 94. The report notes that total contract obligations grew by $62 billion, from $306.7 billion in 2016 to $368 billion in 2018, and demand increased across every field.

The capacity of the defense industrial base to grow its output and fulfill a surge in military demand stands as a key test of its health and readiness. Production capacity earned an index score of 77 for 2019, a 9-point increase from its 2017 index score.

“Gains in output efficiency and stability in capacity utilization contributed to this rising trend,” the executive summary notes. “An assessment of the surge capacity of the defense industrial base using industrial input-output analysis uncovers fewer shortages in critical defense supplier industries than estimated for the defense industrial base of the early 1980s, which constitute the last era of great power competition.”

Will the Military-Industrial-Complex Soon Be "Guarding" US Elections?