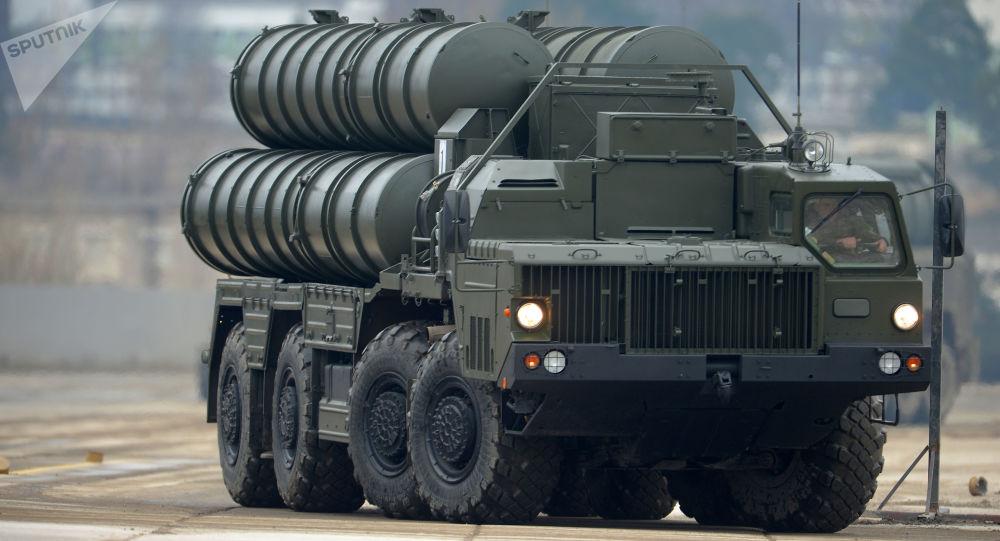 The new video, posted on the company’s official YouTube channel, is supposed to show off its new weapons system’s advanced features.

In the video, the stealthy chopper with ‘US Army’ markings is shown pumping out wave after wave of drones to hunt for and report on enemy activity in a heavily forested, mountainous environment, with the helicopter itself characterized as playing the role of “quarterback of the battlefield.”

At about 0:58 seconds into the clip, several pieces of equipment which look like S-400 components make an appearance, with the Bell 360 Invictus’s copilot approving their destruction at the touch of a button, after which the launchers are wiped out, and the drone pulls a kamikaze into a moving truck.

The choppers’ adversary is never explicitly named, although the S-400 is known to be operated by Russia, Belarus, China and Turkey, with deliveries of the system to India expected to begin as soon as later this year.

The S-400 is currently the most advanced mobile air defence system in Russia’s arsenal, and is capable of targeting everything from helicopters, drones and fixed-wing aircraft to ballistic and cruise missiles.

YouTube users, for the most part, seemed to be impressed by the animation, pointing to the helicopter's slick design and saying it reminded them of the Boeing-Sikorsky Comanche. However, some questioned its realism. “Great idea, but that predator drone would be shot down by Pantsir-S2 kilometers away from S-400 battery,” one viewer noted. “Great cartoon! Continue to make cartoons about the fleet, planes and tanks!” another sarcastically added. “They would never get this close to modern Russian air defence systems which are multilayered and include many different types of launch platforms,” another wrote.

Bell was awarded a contract to design a prototype for US Army’s Future Attack Reconnaisance Aircraft (FARA) platform last April. The Bell 360 Invictus is competing with other designs from AVX, Boeing, Sikorsky and Karem Aircraft for the lucrative next-gen helicopter bid.