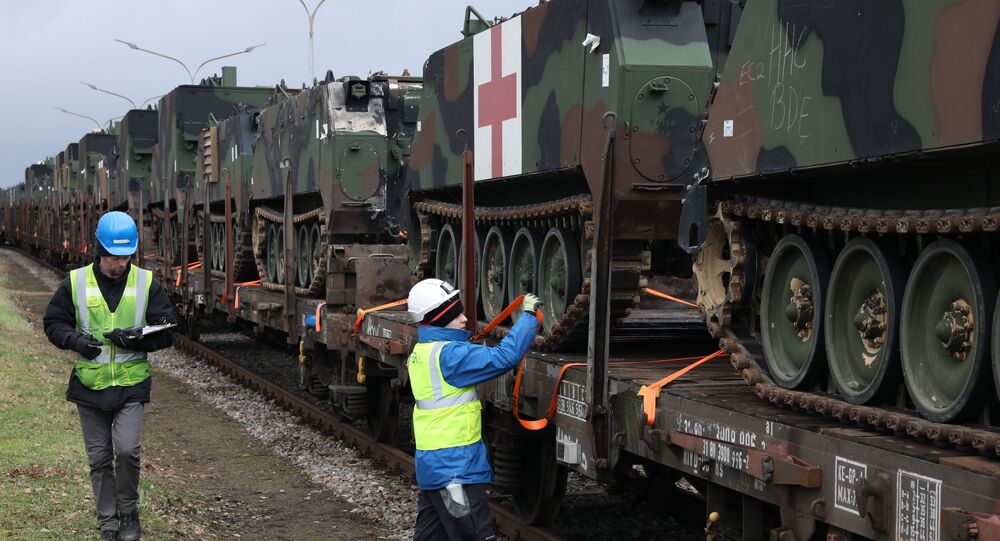 American Army prepositioned stocks (APS) in the Pacific will receive an upgrade following an upcoming US-led, multinational exercise with NATO allies, according to the head of US Army Materiel Command (AMC).

Gen. Gustave "Gus" Perna, the commanding general of AMC, revealed to attendees of a Tuesday Defense Writers Group event in Washington, DC, that APS will be expanded in the Pacific after DEFENDER-Europe 2020.

"As of right now, I am actually building an additional set that I have been directed to build" for the European theater, Perna said on February 4, as reported by Military.com. "We are already working on ways to expand APS out in the Pacific.”

APS is a program which offers combatant commanders around the globe the ability to restock from additional equipment sets in nearby regions, ultimately reducing deployment timelines.

"We also position it so that those who are always watching us know that we are ready, that we have capabilities around the world, and it's a matter of just getting on a plane and drawing that equipment," he explained to reporters.

The upcoming DEFENDER-Europe exercise, which is set to take place in May and June, includes 37,000 troops from 18 countries. It is anticipated to be the “largest deployment of US-based forces to Europe for an exercise in more than 25 years,” according to the US Army Europe website.

Perna told the Defense Writers Group that he can “envision where [DEFENDER-Europe] 2020 might illuminate several things: Is it in the right place, do we need to adjust, do we want to set up alternate sites to keep everybody guessing about what we are doing, is there a better place to put things for a better advantage?"

The four APS draw sites utilized by the upcoming exercises will be in Belgium, Germany and the Netherlands. Additional sites are located in Poland and Italy.

The commanding general expressed that he hopes the service can learn more about what capabilities are needed in particular locations.

"We want to show our enemies ... we are not going to sit around and wait for you to start; we are going to be ready when you start," Perna said. "It's not just put it in a warehouse and high-five ourselves - it's get it there, exercise it and demonstrate that we can maneuver around the Pacific."

According to NATO Secretary General Jens Stoltenberg, the enemy is not one power in particular.

“Defender Europe is not directed against any particular country,” Stoltenberg told AFP, as reported by Euractiv.

“Russia has every right to feel safe within its borders, but so do our member states,” he added, noting that Lithuania, Estonia and Latvia will host portions of the DEFENDER-Europe exercises in their countries.