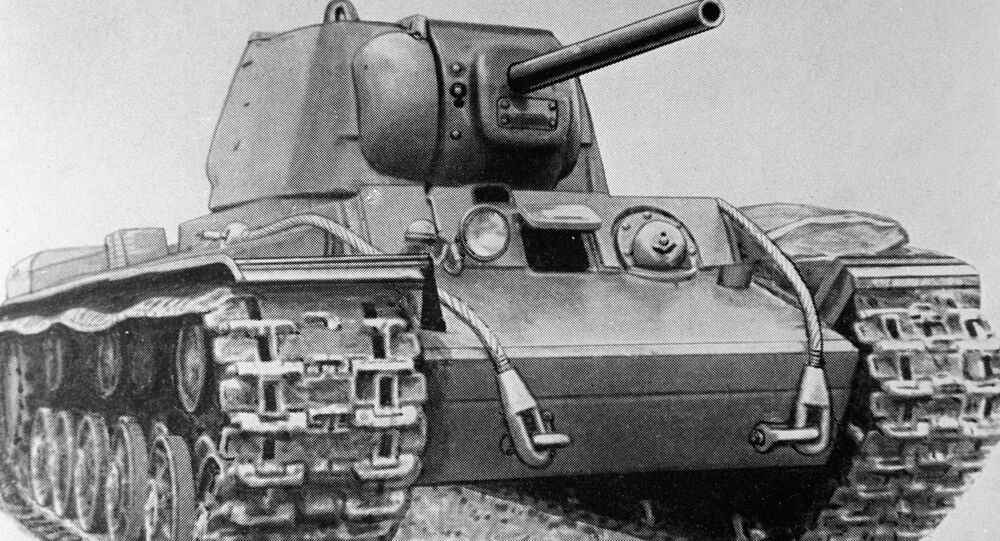 During the first stage of the Nazis’ invasion of the Soviet Union in 1941, the KV tanks, known for their heavy protective armour, were invulnerable to almost any enemy weapon, which prompted Germans to call them “Russian monsters” or “ghosts”.

In his piece for the US magazine National Interest, Robert Beckhusen, managing editor of the website WarIsBoring, focused on the Soviet-made heavy tanks KV-1 and KV-2, which he claimed were a “huge disaster”.

Describing the KV tank as “a curiosity”, the author recalls that in 1941, these vehicles were “physically tougher than any tank the Germans could throw at it”.

At the same time, Beckhusen argues that the KVs, created by tank designer Josef Kotin, “failed to inflict decisive damage during those brutal early months [of the Nazis’ invasion of the USSR during WWII]”.

The author refers to the KVs’ failed attempts to stop enemy tanks from advancing to Leningrad in June 1941 during a fighting near the Lithuanian town of Raseiniai.

In this context, he cited military historian Michael Jones’s book Leningrad: State of Siege as saying that the Germans allegedly “[… herded the Russian giants towards their own heavy artillery, whose barrels were brought down to the horizontal to fire point-blank at the advancing behemoths”.

As a result, the backbone of the Soviet armoured forces in the Baltic States was destroyed, and any threat to the German offensive from the flanks was eliminated, according to Beckhusen.

While praising the KV’s “formidable armour” which enabled the tanks to outclass “the German Panzers of the time”, the author at the same time pointed to a spate of serious problems, including those related to transmission and “the fact the crew could barely see out of the damn thing”.

Beckhusen concludes by arguing that it was “Kotin’s KV blunder” that finally resulted in the creation of more advanced heavy tank IS-1, “which led the Soviet charge into Berlin four years after the debacle at Raseiniai”.

Named after the Soviet People’s Commissar (Minister) for Defence, Marshal Kliment Voroshilov, the KV tanks boasted 90-millimetre-thick armour in the front and around 70-millimetre shielding on its sides and rear.

During the early stage of their invasion of the USSR in 1941, Germans called these tanks “Russian monsters” or “ghosts”, apparently due to the fact that the vehicles were invulnerable to almost any Nazi weapon at the time.

In June of that year, a KV-2, armed with a 152-mm howitzer, engaged in a battle with the whole German 6th Tank Division near Raseiniai. The Soviet tank managed to contain the enemy’s offensive for 24 hours, destroying 12 supply trucks and several 50-mm anti-tank guns, before being destroyed by a 88-mm anti-air gun.