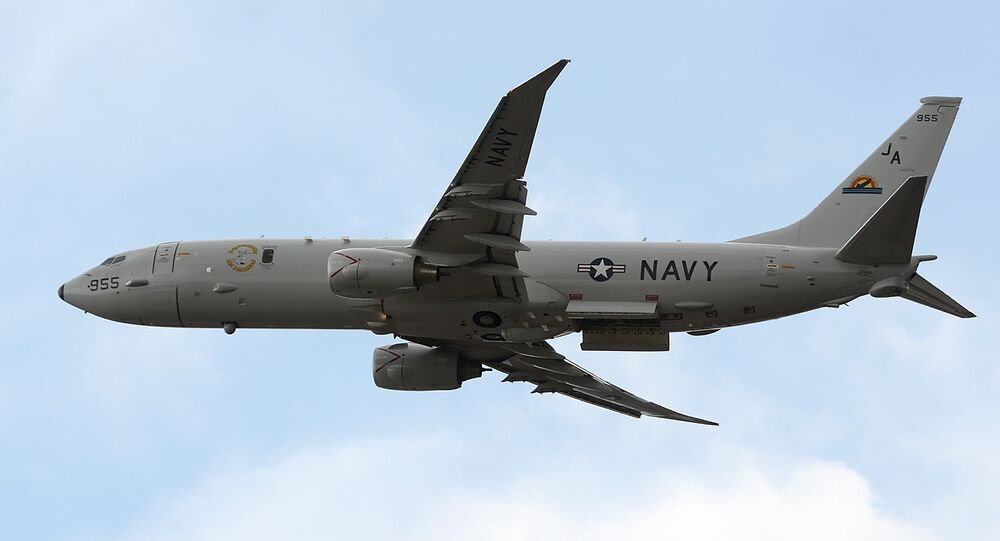 The plane has been widely used by American troops and has been spotted near the Syrian and Iranian coasts, as well as close to Russia's south-western borders.

US Naval Air Systems Command has published a request on the government contracting website, seeking companies capable of completing a rather specific job – to adapt some of American weaponry to be utilised on the P-8 Poseidon spy plane designed to combat enemy submarines and ships at sea. According to The Drive online media outlet, an option to arm the plane with more modern and versatile weaponry has long been discussed and debated within the US Navy.

The US Navy is also seeking to install a Universal Armament Interface (UAI) and a number of upgrades on the plane's Tactical Open Mission Systems and Stores Management Computer.

Such additions to the P-8 will significantly increase its weapon capabilities, which are currently limited to ageing AGM-84D Harpoon anti-ship missiles and Mark 54 Lightweight Torpedos (LHT). LRASM missiles can potentially become a replacement for less accurate Harpoons. While most of the weapons simply strengthen the P-8's performance against sea and underwater targets, the GBU-53 bomb, also known as StormBreaker, will give the plane the capability to strike targets on the ground, including moving ones.

The P-8 Poseidon planes are used by the US military worldwide for surveillance purposes and have been specifically spotted near Syrian shores, on one occasion during a Russian military war game in the region, near Iran in the Persian Gulf and near Russian borders in Crimea. One such plane was close to being downed by Iranian air defences, according to Tehran, but instead they chose to shoot down an unmanned American drone.