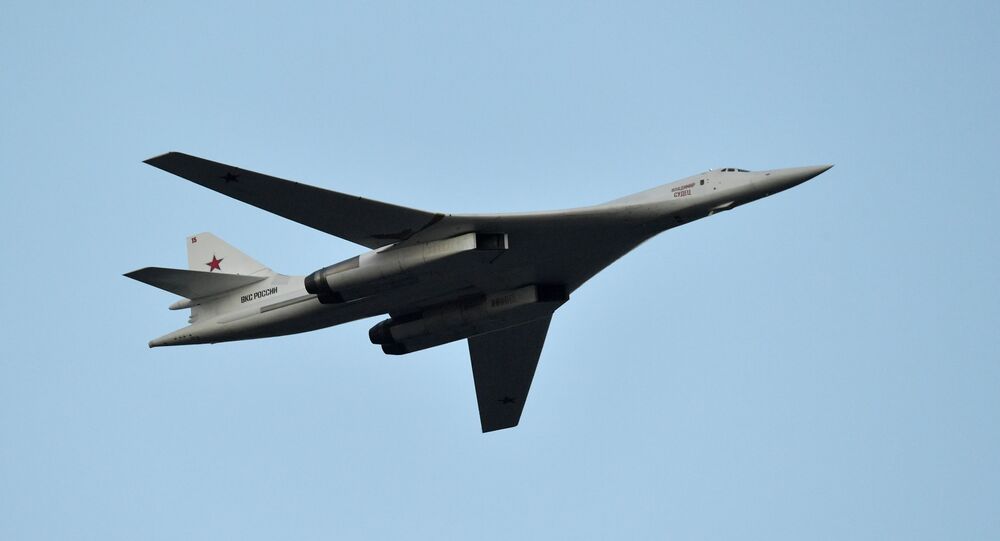 The US military has repeatedly denounced Russian patrols in international airspace near its borders or those of its allies. At the same time, Washington regularly conducts similar flights along Russia’s western and south-western frontiers, ignoring protests from Moscow.

The Russian Defence Ministry has reported that two of its Tu-160 (NATO reporting name: Blackjack) supersonic heavy strategic bombers conducted routine patrol flights above neutral waters in the Arctic Ocean, as well as the Barents and Norwegian Seas.

The ministry specified that the flights lasted 16 hours in total with mid-air refuelling and stressed that they were conducted in full compliance with international laws.

Gen. O’Shaughnessy, NORAD Commander, "“Our adversaries continue to flex their long-range weapons systems and engage in increasingly aggressive efforts, to include the approaches to the United States and Canada," 2/3

The Canadian Air Defence Identification Zone extends to certain regions of the Arctic Ocean that are frequently visited by Russian jets during drills and routine patrols along the country's borders. The zone also covers the US’ borders in Alaska

The US Air Force has also been conducting regular flights along Russia's western borders in the Baltics and along the south-western frontier near Crimea ever since relations between the two countries started to deteriorate in 2014 following a crisis in Ukraine. Washington has not stopped carrying out such activities even despite Russian protests.