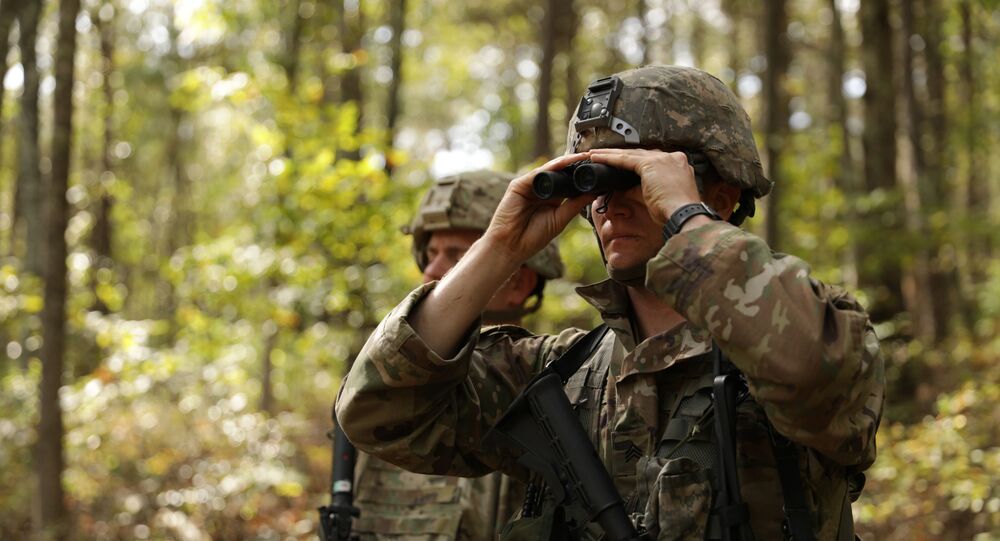 The US Army Research Laboratory has initiated the experimental testing phase for a handheld binocular prototype that utilizes a combination of thermal infrared camera technology and facial recognition software to determine if a far-off target matches watchlist records.

Sean Hu, an electronics engineer for the US Army Research Laboratory, recently revealed to Stars and Stripes that the service has embarked on a new project that intends to make use of advanced facial recognition software to identify enemy targets at any time of day.

“We are working with industry partners to make small, handheld binoculars with sensors with the capacity to identify matches in real-time at nighttime,” he explained to the outlet via phone, noting that the device has entered into the experimental testing phase since it was proposed to the Army in 2018.

Hu noted that the thermal infrared cameras allow the binoculars - and other devices used by the military - to detect targets based off their heat signatures at night. Unfortunately, the image quality of the subject is generally not as high as it would be if more light were present in the environment.

To remedy the issues with image quality, researchers have made it so that the prototype binoculars’ infrared camera will transmit the low-resolution image to an attached laptop that will then increase the resolution quality and identify key features of the subject. The computer, complete with watchlist data, will proceed to run the image through its system to determine if the target is a known threat.

On top of US facial recognition software being critiqued for its propensity to misidentify non-white subjects, MaryAnne Fields, program manager for intelligent systems at the Army Research Office, said that there is also a risk of the system falling victim to hackers, Stars and Stripes reported.

As a result, the Army has funded research led by experts at Duke University to identify how to combat and prevent possible “backdoor” attacks that may hinder the system’s development and future operation.