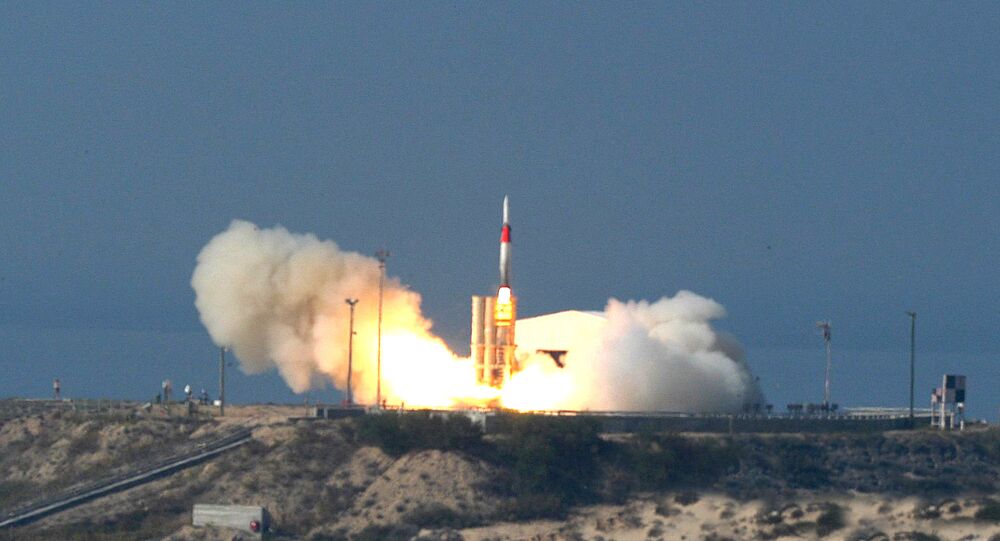 TEL AVIV (Sputnik) - Israel has successfully tested a rocket propulsion system for the second time in two months, the country's Defence Ministry confirmed on Friday, adding that the test took place at a military base in central Israel.

"The test was conducted at a military base in central Israel," the ministry said.

The military noted that the test was scheduled in advance and was carried out as planned.

Israeli previously test a rocket propulsion system last December with Iran claiming it was a test of a nuclear weapon aimed at Tehran.

​In July, Israel and the United States held successful tests of their advanced Arrow 3 missile defence system in Alaska. The Arrow 3 weapon system, co-developed by Israel Aerospace Industries and Boeing, is in particular capable of intercepting missiles outside the atmosphere.

The so-called David's Sling missile defence system is capable of intercepting missiles with a range from 70 to 300 kilometres (43-186 miles).