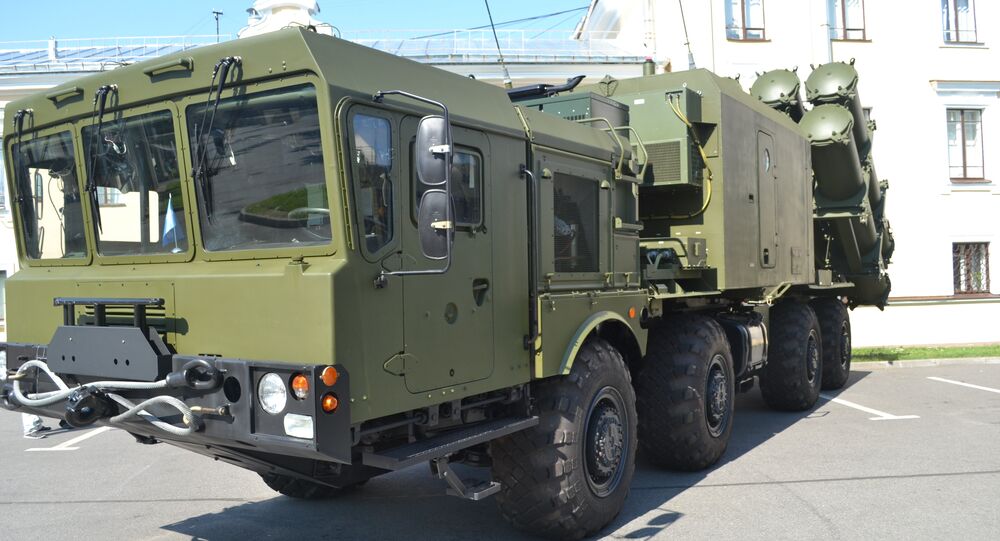 First entering into service in 2009, the Bal (‘Ball’, as in the fancy dress party) coastal defence missile complex is designed to take on enemy vessels and strike groups at ranges of up to 160 nautical miles.

The Russian Navy’s Caspian Flotilla took delivery of a GRAU 3K60 Bal coastal defence missile system in a ceremony in Dagestan on Thursday, the press service of the Southern Military District has reported.

Capable of conducting rocket fire in volleys or producing a single coordinated launch, the Bal system’s missiles fly close to the sea during flight, making them extremely difficult to intercept. The mobile system is equipped with the Zvezda Kh-35, a tried and tested Soviet-era turbojet anti-ship cruise missile, a weapon which can also be equipped aboard aircraft and surface ships. A single Kh-35 is capable of targeting vessels with a displacement of up to 5,000 tonnes.

The Bal and its export variant the Bal-E are currently in use by Russia, Vietnam and Venezuela, with Russia’s 50+ units deployed in sensitive coastal areas in the Baltic and Black Seas, the Russian Far East and the Arctic to counter the NATO and US buildup in these regions. The Kh-35’s operators include Algeria, India, and Iran, as well as North Korea and Ukraine, which have created their own derivatives of the missile.

Situated in the Caspian Sea, the Russian Navy’s Caspian Flotilla is a nimble but powerful grouping of ships which first showed off the extent of its capabilities in 2015, when its small missile boats fired dozens of Kalibr missiles at terrorist targets about 1,500 km away in Syria.