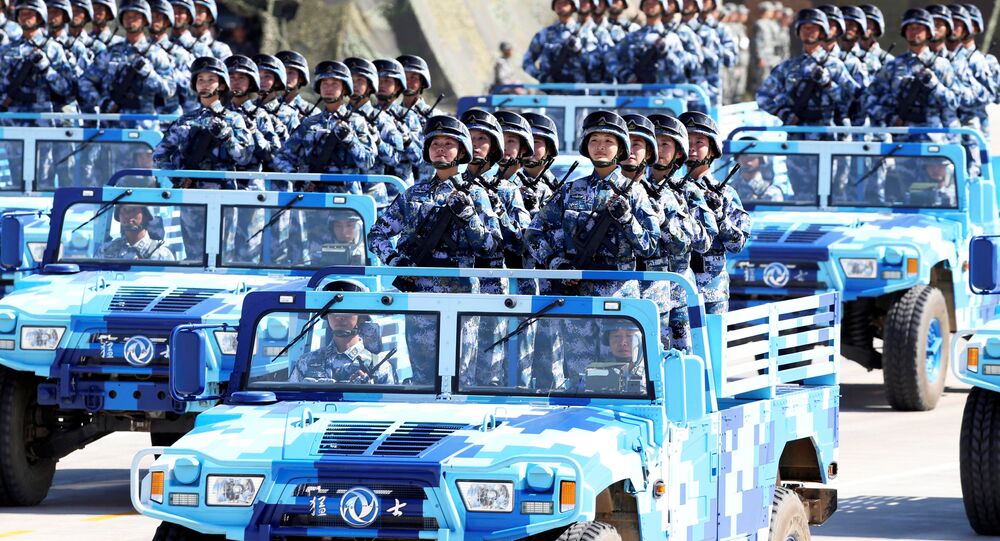 Sweden’s Stockholm International Peace Research Institute (SIPRI) revealed Monday that its annual report concluded the US, China and Russia are the top three nations in terms of arms production, judging from 2017 data.

The Swedish think tank noted that previous reports on the matter excluded China from the rankings due to a lack of transparency regarding expenditures by Beijing and its arms manufacturers.

“With the increase of available data on these companies, it is now possible to develop reasonably reliable estimates of the scale of the Chinese arms industry,” SIPRI said on January 27, reported Reuters.

The institute stated that an analysis of data from 2015 to 2017 allowed researchers to obtain a comprehensive picture of arms production in China. Four arms companies referenced by the think tank to arrive at the final estimate covered the fields of aerospace, electronics and land systems and would rank among the top 20 arms producers in the world.

The Aviation Industry Corporation of China’s (AVIC) 2017 sales totaling an estimated $20.1 billion would make it the sixth largest arms producer, and the eighth slot would go to the China North Industries Group Corporation, which raked in $17.2 billion in sales. The South China Morning Post highlighted that AVIC’s numbers are comparable to those of US manufacturers Boeing, Northrop Grumman and Raytheon, as well as UK producer BAE Systems.

“China is becoming less dependent on imports of foreign weapons and military technology, and its industry has developed to a point where there is an increased demand for its weapons overseas,” SIPRI said, reported the SCMP.

Beijing has made major strides in the past two years following Chinese President Xi Jinping’s 2017 announcement of the country’s plan to modernize the People's Liberation Army (PLA) by 2035 and transform the military into a “world-class” force by 2050.

The Shandong, China’s first domestically-built aircraft carrier, entered into service last month and recently celebrated its first takeoff and landing by a jet. Chinese aerospace companies have also made significant strides and have begun fielding various armed drones, such as the Rainbow-4, while securing several contracts outside of China.

'Reconsider Travel': US Raises Alert for Americans Heading to China