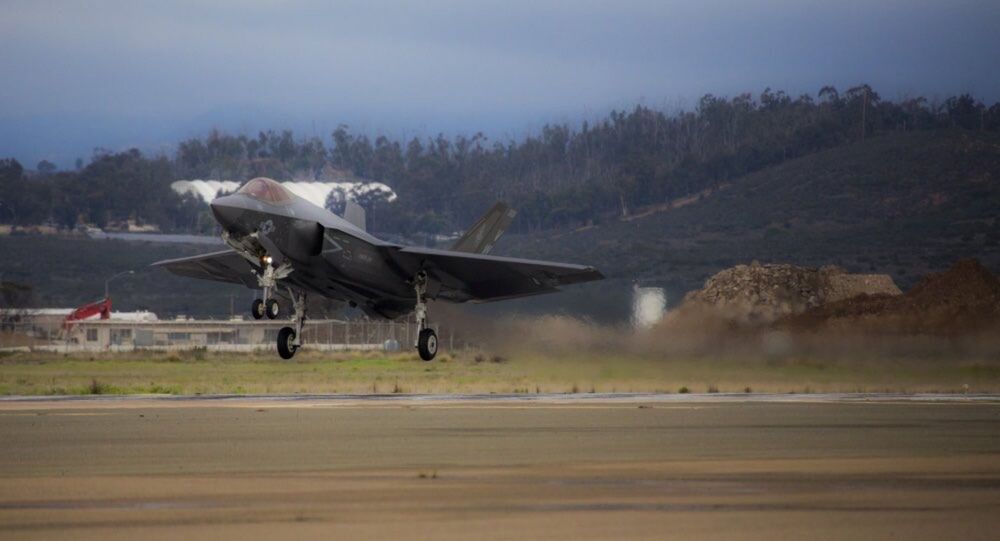 The US Marine Corps is now operating both F-35B and F-35C squadrons following the arrival of the first aircraft carrier variant of the fighter jet to the service last week and has officially begun its transition away from the F/A-18 Hornet.

The 3rd Marine Air Wing (MAW) announced last week that the Marines and sailors of the Marine Fighter Attack Squadron (VMFA) 314, or “Black Knights,” made aviation history as the first to welcome the F-35C variant into their squadron.

According to manufacturer Lockheed Martin, the F-35C variant possesses greater internal fuel capacity compared to the F-35A and F-35B counterparts. More importantly, the F-35C is explicitly designed to perform carrier operations, with a low observable stealth that the defense firm claims has never been seen at sea.

The aircraft also possess larger wings and a landing gear that is regarded as more robust than the other two variants operated by the US military.

The first F-35C has touched down at @MCASMiramarCA to join The "Black Knights" of Marine Fighter Attack Squadron 314. The @USMC now operates both B and C variants of the #F35 from bases around the world. pic.twitter.com/EYjoaQLHBX

“The F-35C represents the leading edge of advanced fighter attack aircraft today,” Hinton said in a press release issued by the 3rd MAW on January 22. “It will give the Black Knights a technological advantage across the entire spectrum of tactical aviation. This includes everything from advanced sensor and weapon integration to increased range and endurance. We will be more survivable and more lethal than we have ever been.”

Since 2015, the Marine Corps has carried out various operations with the F-35B, which is lauded as the world’s first supersonic short takeoff/vertical landing (STOVL) stealth aircraft. While it is able to use traditional runways to take off like its F-35A counterpart, the F-35B’s STOVL further allows it to take off and land on the US’ amphibious assault ships. An F-35B squadron is also slated to serve as the first US deployment on a foreign aircraft carrier in 2021 on the UK’s HMS Queen Elizabeth.

The release noted that the introduction of the Marines’ latest F-35 squadron also signals a transition away from the F/A-18, which was first operated by the Black Knights in 1982.

“It should be no surprise that VMFA-314 is once again leading the way into the next generation of fighter attack aircraft,” Hinton said. Speaking of the transition from the F/A-18 to the F-35C, the commanding officer said that he sees the change as a “a unique opportunity to start fresh and build a strong squadron culture from the ground up. We are all extremely excited to ensure the ‘Black Knights’ continue our legacy of leading from the front as we deliver this new capability to 3rd MAW.”

VMFA-225, the next of the three 3rd MAW squadrons predicted to make the switch, celebrated its final F/A-18 flight on January 23.