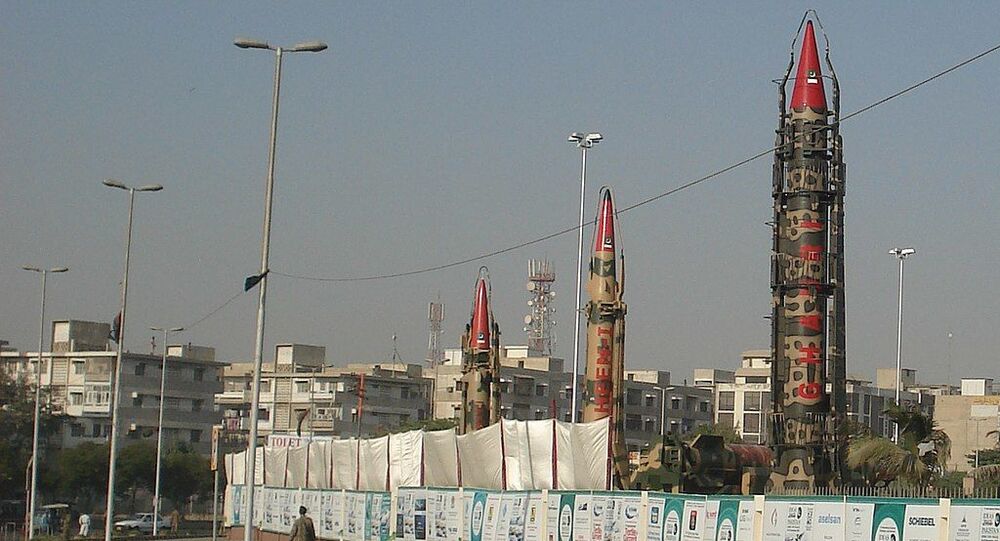 New Delhi (Sputnik): India and Pakistan have been conducting missile tests for the past few months, claiming that they are part of operational preparedness. Their armies have been engaged in the persistent exchange of fire at the border since August after New Delhi abrogated the special status granted to the Indian state of Jammu and Kashmir.

Pakistan's armed forces on Thursday successfully test-fired Ghaznavi surface-to-surface ballistic missiles which are capable of delivering multiple types of warheads up to distances up to 290 km.

These tests by the two nuclear-armed nations came on the backdrop of a war of words that erupted between the military's leadership.

Indian Army Chief General M.M. Naravane, while replying to media on 11 January, said that the forces would act to reclaim the Pakistan side of Kashmir if the government orders them to do so.

Pakistan Army Chief General Qamar Javed Bajwa called the statement “routine rhetoric for domestic audiences to get out of the ongoing internal turmoil”.

Kashmir, divided between India and Pakistan by a Line of Control (LoC), has been a bone of contention for India and Pakistan for the past seven decades. Both the nuclear-armed neighbours claim Kashmir in full but rule it in part.