The study was conducted before the assassination of Iranian Islamic Revolutionary Guard Corps Commander Qasem Soleimani who died in a US drone strike on the Baghdad International Airport on 3 January, ordered by President Donald Trump.

The use of unmanned aerial vehicles (UAV) strikes by the US and the UK for targeted killings “has become normalised and accepted, eroding human rights norms”, according to a study conducted by the British NGO Drone Wars.

The survey specifically focused on UK drone strikes against a number of Daesh* militants carried out between 2015 and 2018, including Reyaad Khan and Ruhul Amin.

The study asserted that it were the UK and the US which created “an easy narrative for targeted killing [by drones]” during their conflict with Daesh. 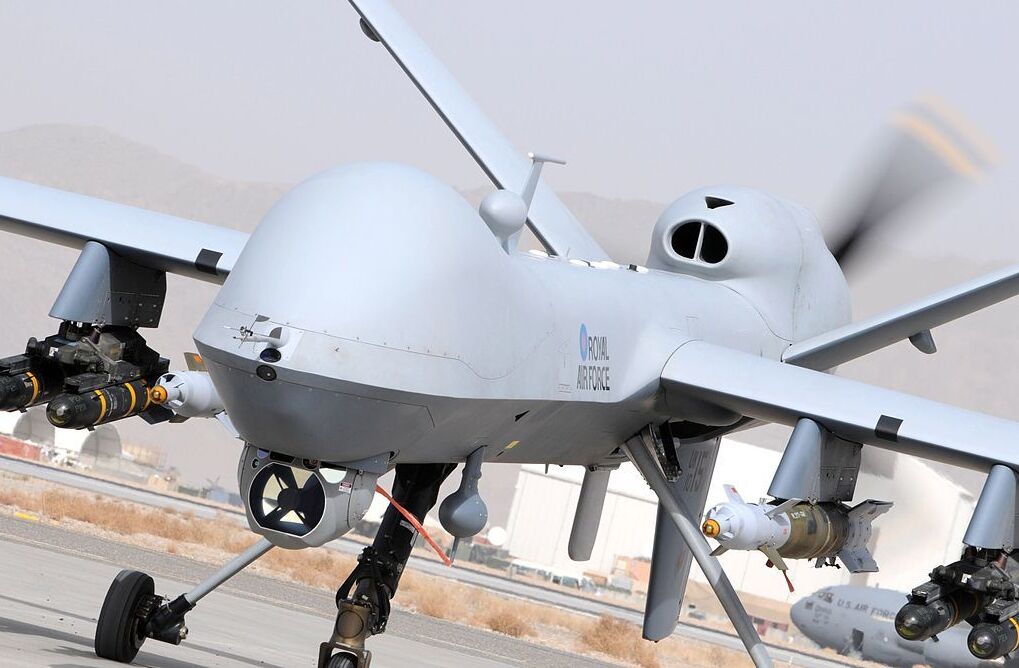 The report’s author Joanna Frew argued that such attacks became progressively normalised due to a spate of major factors, including government propaganda, official secrecy and impartial media coverage.

Referring to the killing of a high-ranking Iranian general by a US drone strike earlier this month, Frew said that “in recent days, we have seen exactly how far the US are willing to take targeted killing by armed” UAV.

“The jump from targeting members of non-state groups classed as terrorists to the assassination of top military personnel of a state that US is not at war with may appear huge in terms of strategy and legality. Unfortunately, however, it is also inevitable”, she noted.

Frew pointed to what she described as “provocative ways” of drones’ usage, which she claimed “blurs the boundary between war and peace and causes further destabilisation in international relations”.

In this regard, the author warned that the absence of “proper debate and policy formulation for the use of armed drones, we are likely to see an erosion of key international human rights norms limiting the use of force, making the world a much more dangerous place”. She was echoed by Drone Wars director Chris Cole, who said that all this helped reinforce justifications for the US killing of Qasem Soleimani, head of Iranian Islamic Revolutionary Guard Corps’s elite Quds Force.

“It is surely unarguable now that drones have enabled and normalised a culture of targeted killing which is eroding international law norms”, he said, adding that he doesn’t rule out that the US drone on Soleimani could indicate a “new era in drone warfare”.

Soleimani, 62, was killed in Baghdad on 3 January, when the convoy he and a senior Iraqi Shia militia leader were riding in was hit by a US Reaper drone, in a strike that was authorised by US President Donald Trump to kill “a terrorist number one anywhere in the world” and condemned by Tehran as an act of international terrorism.

The killing escalated further the already tense situation in the Middle East which has been deteriorating since the US’ unilateral withdrawal from the 2015 Iran nuclear deal, also known as the Joint Comprehensive Plan of Action (JCPOA).