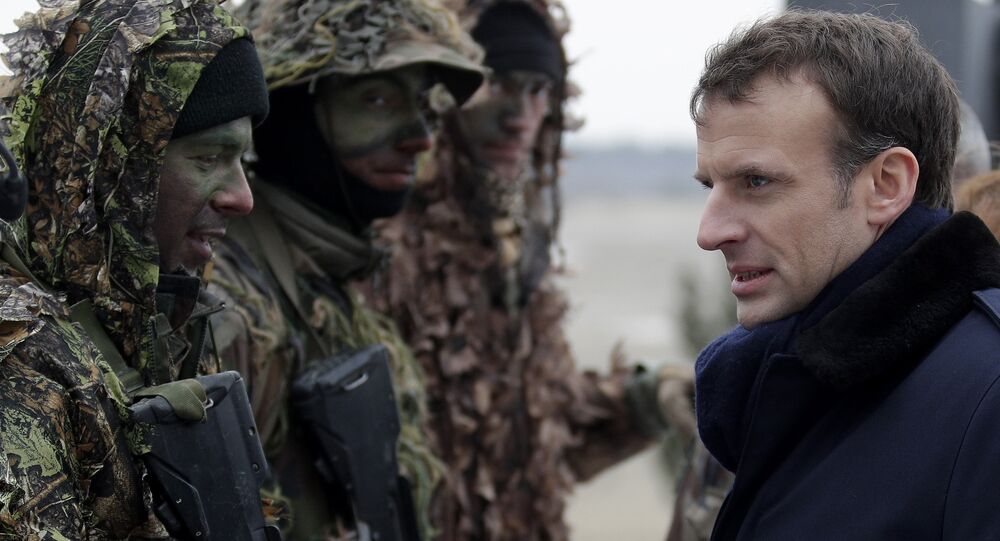 Changes to the state pension system planned by the French government and President Emmanuel Macron have sparked nationwide protests in France. Although authorities announced that they would scrap plans to raise the retirement age to 64 in an exchange for concessions, there is still no agreement with the unions.

"After studying the document, we cannot give a favorable conclusion concerning the conditions for the defence sphere. Some of them worsen our army model and the service terms,” the 15 January report to the country’s Ministry of Defence, says, cited by the media outlet.

The criticism primarily concerns keeping the common principle of raising allowances for longer employment terms, which is envisaged in the reform bill. Namely, retirement at the ordinary term can result in the reduction of payments by 20%-60% for different categories of service. As the report concludes, this would create an older staff. As La Parisien points out, it goes against Prime Minister Édouard Philippe’s promise to take the unique nature of the armed services into an account, allowing soldiers to retire earlier.

Another suggestion of discord is an accounting method based on salary throughout a career, rather than the final six months on duty. As the document predicts, this would make pension payments shrink, especially for those soldiers and officers who long had posts of lower rank.

"The new system undermines the principle of a social ladder itself,” the report, which also suggest insufficient analysis of the situation, reads, cited by Le Parisien.

The outlet cites an unnamed source, who notes that this might be the military’s revenge on the government for France’s Chief of the Defence Staff Pierre de Villiers, who stepped down over his disagreements with newly-elected President Macron in July 2017 over the defence budget.

© REUTERS / BENOIT TESSIER
Police Use Tear Gas as Yellow Vests Protest in Paris Turns Violent - Video
At the end of last year, the government’s plans to reform the country’s pension system, replacing France's 42 separate pension regimes with a universal points-based system that would make the official retirement age of 62 obligatory for all workers, while envisaging raising it to 64, prompted nationwide strikes. Protests have lasted over forty days and have brought together representatives of many disparate unions and professions.

Following weeks of rallies, the country’s authorities backed down, as Philippe asserted to unions and employers that he would scrap plans to raise the retirement age, but only if certain conditions are met. Several powerful unions have yet to respond, however, and more protests are set for 24 January.