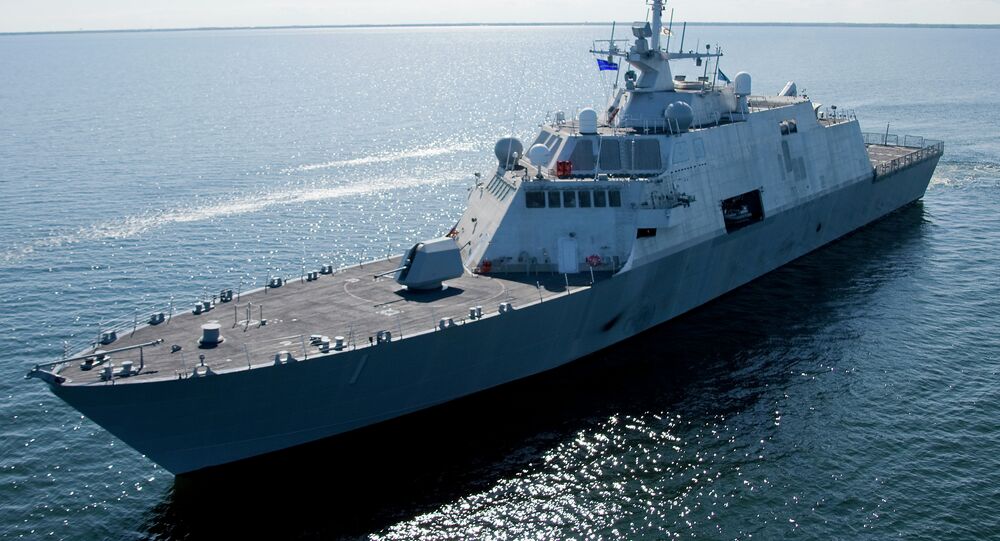 In an attempt to wrestle with the high-tech danger posed to its warships by unmanned aerial vehicles (UAVs), the US Navy has opted for a low-tech solution: bring back flak cannons.

At a naval conference earlier this week, a Northrop Grumman engineer said the defense contractor was working on an airburst round compatible with certain US Navy surface ships’ 30-millimeter deck guns that could be used to down UAVs near the vessel.

"We're looking at another round called the ‘proximity round,’ which detects the drone as it approaches and then blows up," Kevin Knowles, who works on Northrop Grumman's programs for the Littoral Combat Ship (LCS) and for unmanned surface vessels, said Tuesday at the Surface Navy Association conference, Military.com reported.

"It's not a radar system, but it's something similar,” he noted. “That's what we're looking at for drones."

The system harkens back to the air defense systems of the early 20th century, when before there were anti-air missiles, cannons pointed at the sky fired specialized rounds set to explode at a certain altitude, spreading shrapnel near the aircraft capable of blasting holes through man and machine alike. The German name for these air defense cannons, Fliegerabwehrkanone (FLAK), came to be the standard term.

Patrick A. Albright
With a muzzle velocity of 2,690 feet per second and rate of fire at 15--20 rounds per minute, the German Flak 36 Anti-Tank/Anti-Aircraft gun proved to be a very effective weapon in World War II.

The Freedom-class and Independence-class LCS both sport two Mk44 Bushmaster II chain guns capable of firing a variety of rounds, from armor-piercing to incendiary and kinetic energy penetrators. The Zumwalt-class destroyer and San Antonio-class amphibious transport dock also use the Mk44 gun, and thus could presumably also make use of the new airburst round.

US naval vessels have other methods of engaging drones as well, including electronic weapons that disrupt a UAV’s network connection to its handler, and even lasers that cut holes in the devices. Perhaps a little more desperate following its failure to intercept a drone attack on two Saudi oil facilities last year, the US Army has also adopted kamikaze drones to intercept incoming UAVs.

The Pentagon has said developing more anti-drone systems is a “top priority,” hoping to produce between three and five new systems in 2020, Sputnik reported.

The US Navy has struggled to find new uses for the small LCS warships, which were originally intended for patrols close to shore and weigh in at a feathery 3,500 tons. Through their repurposing as missile platforms and rebranding as “fast frigates,” the LCS ships have been given new life, and the US Navy has begun deploying them to the South China Sea, where it’s hoped they will offset the balance of China’s huge maritime militia as well as its host of long-range anti-ship missiles that threaten US warships.