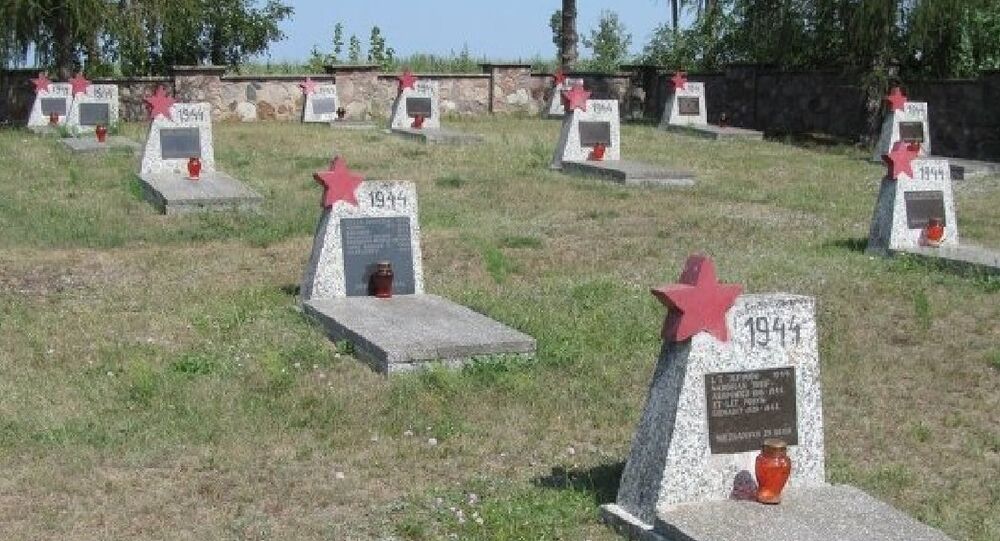 Ahead of the 75th anniversary of the victory in World War II, the Russian Ministry of Defence has de-classified and released documents about the liberation of Warsaw on this very day in 1945. They shed light on yet unknown atrocities committed by the Nazis as well as acts by the Polish resistance movement, The Home Army.

At least 500 Brits and Americans were murdered in the extermination camp Treblinka, built in Poland by Nazi Germany during the Second World War, newly published materials from the Russian Defence Ministry’s central achieves reveal.

One of the documents, declassified by the Russian military, states that after a trip to the notorious concentration camp set up in July 1942 between Warsaw and Bialystok, a journalist from the military newspaper “Za Rodinu” reported to the political officer of the 70th Army that along with Jews, Romani, Poles, and other people persecuted by the Nazis were being killed there.

The document cited says that according to reports, in 1942, the Germans ordered all Britons and Americans to gather on Warsaw’s prison square for a prisoner of war swap. Instead of being swapped for German prisoners, they were taken to the camp where many Jews had been brought. Like thousands of others before them, they were immediately ordered to the camp’s so-called bathhouse and killed.

Apart from this episode, the newly-published papers document other atrocities by the Nazis as well as the Polish Home Army’s operations in the rear of the Soviet Red Army in Poland, Belorussia, and Lithuania. According to these materials, the Germans razed several city blocks to the ground, including objects of cultural heritage, as they retreated from Warsaw during an operation that took the lives of 200,000 Soviet soldiers. A report to the Chief Political Administration of the Soviet Armed Forces describes gravel-mounds in the city, in which up to 120,000 murdered and burned Poles were unceremoniously buried.

“Warsaw is destroyed… There is no monument left. Cultural valuables have been destroyed and plundered. There are graves in almost every yard, the bodies of tortured Poles are scattered in the streets”, this report says.

The archive materials also include photos from the Directorate of the 1st Belorussian front that captured a breakthrough battle, the aftermath of storming the Nazi’s powerful defences, and preparatory fire during the liberation of Warsaw on 17 January 1945. The Defence Ministry points out that this publication should help protect history from defamation, fight against rewriting history, and revision of World War II’s results.

© Photo : Archival photo
Poland’s First Post-Communist President Urges Gov’t to Remember Who Liberated Auschwitz During WWII
The current spat between Poland and Russia began on 24 December when, during a meeting of the Defence Ministry Board, Russian President Vladimir Putin shared his thoughts about some countries’ alleged attempts to distort and rewrite history, particularly regarding the events leading up to the Second World War, and efforts to portray Moscow as an aggressor.
...
Reddit
Google+
Blogger
Pinterest
StumbleUpon
Telegram
WhatsApp
5710

Israel's Former Envoy to Poland: Poles Don't Want to Rewrite History but They Look at it Differently