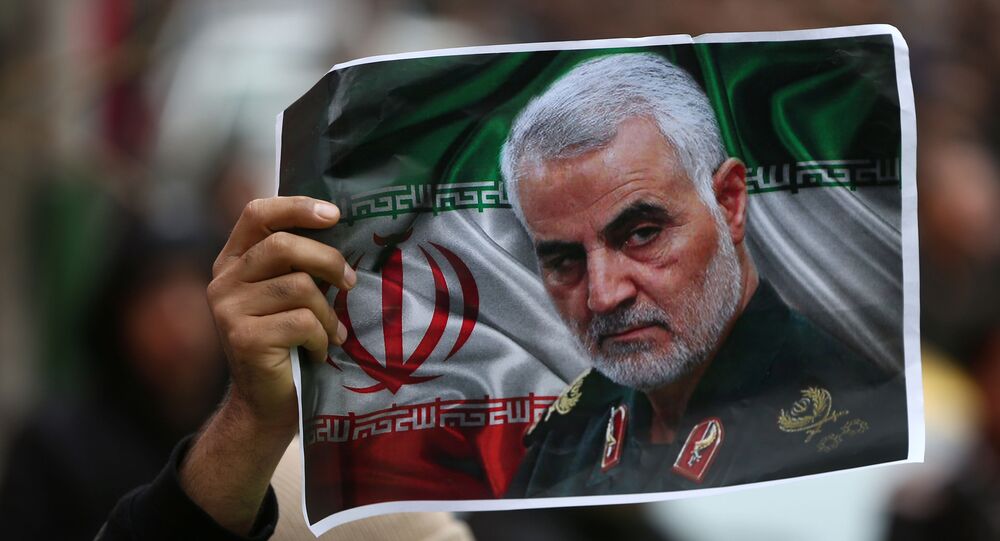 After the killing of top Iranian commander Qasem Soleimani and his associates in Baghdad in a drone attack, tensions between Tehran and Washington flared up. Iran responded to the assassination with strikes on Iraqi bases, housing US troops, which left 11 Americans injured, as a spokesman for US Central Command (CENTCOM) confirmed.

Chief of Staff of the Iranian Armed Forces Mohammad Bagheri has touted a tougher response if Washington continues its behaviour, Mehr News Agency reports. According to the Iranian outlet, the commander stated that their retaliation following the murder of Qasem Soleimani, who headed the Islamic Revolutionary Guard Corps (IRGC) Quds Force, showed Tehran’s determination to defend its rights.

The Iranian military man threatened the US with retaliation for its misdeeds during a phone call with Turkish Defence Minister Hulusi Akar. As the Iranian news outlet reports, Bagheri branded Soleimani’s killing a “cowardly, inhuman, and immoral act” that goes against all international laws.

Bagheri noted that although the Islamic Republic is not interested in escalating tensions he warned that any irrational and aggressive moves by other countries will prompt a tough response from Tehran. He voiced hope that “the root of all irregularities and conflicts will be removed with the US exit from the region”.

The Turkish defence minister offered his condolences to the Iranian people, its government, and armed forces, over Soleimani’s death. He pointed out that “following the US assassination of Gen. Soleimani and his companions in Iraq, the region was overshadowed by a very sensitive situation that could be extremely worrying”, as cited by Mehr News Agency.

Akar praised the friendly ties between Turkey and Iran, noting that ensuring peace and stability in the region is in both countries’ interests and that only terrorists stand to gain from tensions.

“We must work together to maintain stability and should not allow terrorists to take advantage of the opportunity of rising tension in the region”, he reportedly told the Iranian commander.

Soleimani, viewed as one of the most respected figures in Iran, was assassinated in a drone strike on his way from Baghdad International Airport several days after protesters attempted to storm the US Embassy in the Iraqi capital.

US President Donald Trump said that he ordered the attack because the commander was "plotting imminent and sinister attacks on American diplomats and military personnel”. The US commander-in-chief later even claimed that Soleimani was plotting attacks on four separate US missions.

© AP Photo / Michael Sohn
German Parliament Doubts Legitimacy of Quds Chief Soleimani’s Assassination by US – Report
Washington, however, has yet to prove these claims. Secretary of Defence Mark Esper would later tell CBS he saw no evidence that embassy attacks were being prepared by the late Iranian general, changing his stance later in the day, as he told CNN that what Trump said, “is what I believe as well”.

The Iraqi Prime Minister revealed that the general arrived in the country as part of a peace effort to de-escalate tensions between Iran, Iraq, and Saudi Arabia. Following the strike, the Iraqi parliament voted to expel all foreign troops from the country, but Washington has refused to discuss the withdrawal of the 5,000 or so troops there.