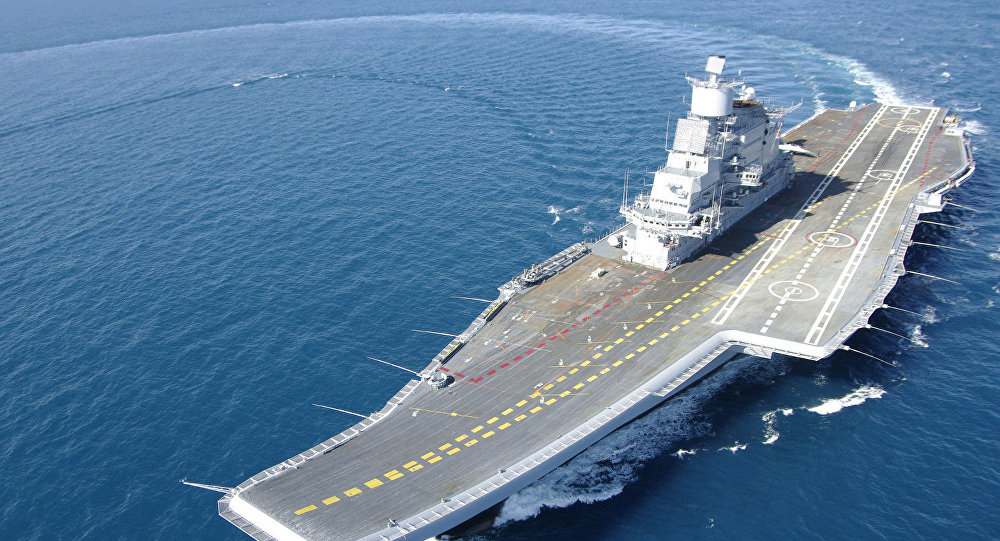 New Delhi (Sputnik): The air variant of the light combat aircraft (LCA) has been named Tejas and is already operational with the Air Force. India becomes the sixth nation after Russia, the United States, France, the United Kingdom, and China to have mastered the art of arrested landing on the deck of an aircraft carrier.

India joined a select group of countries on Saturday morning when its domestically-produced naval version of a light combat aircraft (LCA) successfully landed on the deck of aircraft carrier INS Vikrmaditya in the Arabian Sea. The Indian Navy confirmed that a two-seater LCA successfully landed on Vikramaditya's deck at 10:02 a.m. (Indian Standard Time).

“With this feat, the indigenously developed niche technologies specific to deck based fighter operations have been proven, which will now pave the way to develop and manufacture a twin engine deck-based fighter for the Indian Navy", the Navy said while joining countries such as the US, Russia, the UK, France, and China with the "textbook" arrested landing.

The Air Force variant of the LCA has been named Tejas and is already operational. The Air Force has put in an order for 83 additional Tejas. The present air variant is capable of undertaking air defence operations and a conventional ground attack with heavy bombs.

The naval version of the LCA received a major setback when in December 2016, the then Navy Chief Admiral Sunil Lanba rejected the jet in the form it was at that time. The Navy then issued a request for information to buy 57 new fighters to supplement the Russian-built MiG-29Ks that it presently operates.

The Indian Navy is looking to replace the MiG-29K by 2030-31 and the developer Aeronautical Development Agency in collaboration with Hindustan Aeronautics Limited expect the first flight of the advanced version of the naval LCA by 2026.