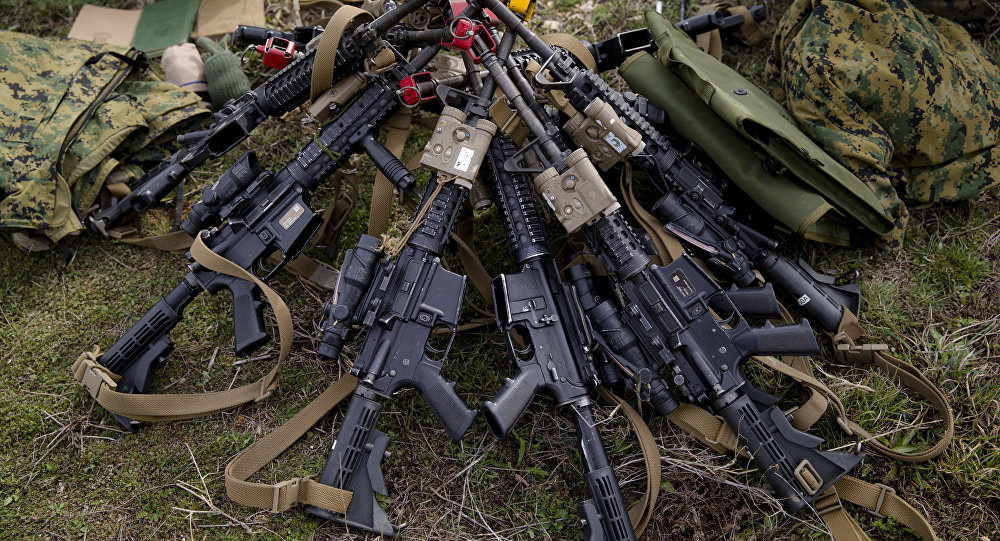 The US Marines Corps has yet to find a pair of M4 service rifles and a flak jacket worn as protection against bullets that went missing last month during a Marine training event in North Carolina.

According to 1st Lt. Dan Linfante, a 2nd Marine Division spokesperson, the gear was assigned to the 3rd Battalion, 6th Marines, an infantry battalion based out of Camp Lejeune in North Carolina.

However, Military.com reported that Linfante refused to reveal whether any Marines have faced punishment as a result of the missing gear, directing all questions to the Naval Criminal Investigative Service (NCIS). The NCIS confirmed to Military.com that the investigation is still ongoing.

Linfante noted that the division is taking the incident, which took place late last year, very seriously. However, despite the missing equipment and investigation, Linfante confirmed that the unit is still prepared to conduct its missions.

"[Third] Battalion, 6th Marines, remains a combat-ready unit training to enhance their ability to accomplish the full spectrum of operations that Marines are expected to be proficient in," he told Military.com.

Following the incident, there were rumors that some Marines in the battalion would not be allowed to take Christmas leave as a form of punishment, Stars & Stripes reported last month.

However, Linfante confirmed at the time that members of the battalion would still be taking their holiday breaks.

“Leave is an important benefit afforded to all Marines, in particular during the holiday season,” he said in a statement last month.

This is not the first time that US military equipment has been misplaced. In May 2018, grenades were misplaced by the US Air Force near the city of Parshall, which sits on the Fort Berthold Native Reservation. The grenades were contained on a belt of ammunition for an automatic grenade launcher. In addition to grenades, a machine gun also went missing, which was later found in an airman’s residence.

Security forces chief Col. Jason Beers was fired in May “due to a loss of trust and confidence after a series of events under the scope of his leadership, including a recent loss of ammunition and weapons,” a 5th Bomb Wing news release revealed at the time.

Sex Offender, Former US Marine Arrested in Florida for Impersonating Marine One Pilot