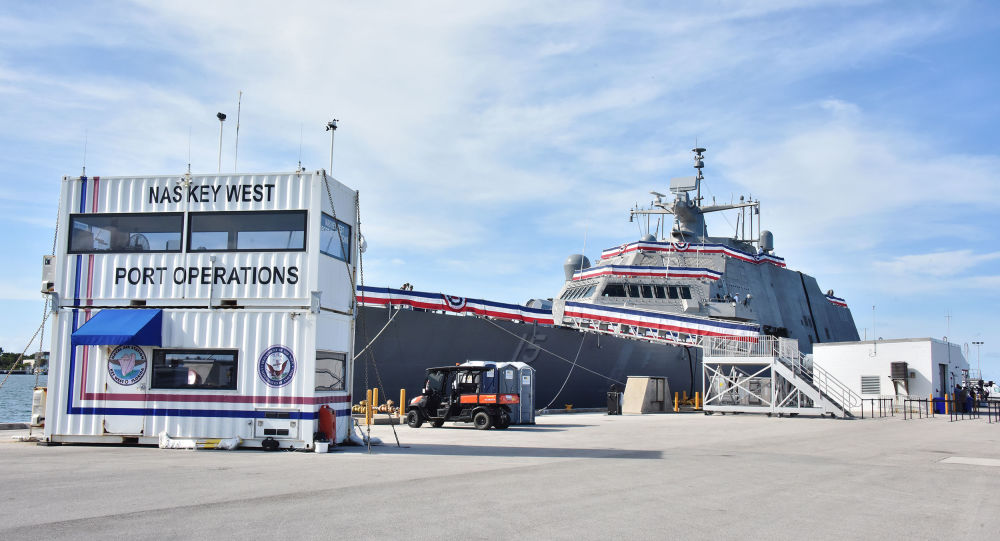 Two Chinese students attending school in the US appeared in federal court on Monday after being arrested over the weekend for illegally photographing areas of Naval Air Station Key West in Florida.

Yuhao Wang and Jielun Zhang, both 24-year-old students enrolled at the University of Michigan, were arrested in the Sigsbee Annex of the Naval Air Station on December 5 after repeatedly ignoring road restriction signs and commands, according to an affidavit filed in federal court on Monday by FBI Special Agent Chris Klettheimer and observed by Florida Keys News.

The court document noted that the duo, traveling in a blue Hyundai vehicle operated by Wang, was first ordered to make a U-turn and leave the facility at around 8:30 a.m. local time upon not being able to produce proper military identification to an unnamed Navy master-at-arms at a guard station in Sigsbee Annex.

“Jielun Zhang explained they continued onto the property, driving around until they stopped, parked the vehicle and took photographs with his camera and videos with his cellular telephone,” Klettheimer wrote in the affidavit.

Security personnel eventually caught up with the pair nearly 30 minutes after they disobeyed the orders from the master-at-arms.

The special agent noted that Zhang had a Nikon camera in his possession and “voluntarily showed agents the photographs and videos on the camera and cellular telephone he took while on Sigsbee Annex.”

The court document revealed that authorities, after obtaining “consent to look at the devices,” also found photographs of “US military structures on Fleming Key” - an island off the northwest corner of Key West.

Both Chinese nationals appeared in a federal court in Key West on Monday and were appointed lawyers by Magistrate Judge Lurana Snow.

“I don’t want to use my money to pay for a private attorney,” Wang said through a Mandarin interpreter, reported Florida Keys News. “I would prefer you order a public defender for me.”

Zhang, however, was granted a private attorney and both defendants were required to contribute $7,500 each to cover defense fees, according to the outlet.

The duo, scheduled to appear in court again on Friday for their detention hearings, are just the latest Chinese nationals to be detained by US authorities on similar charges in the area. Sputnik reported late last month that Lyuyou Liao, a 27-year-old student who was attending school in St. Louis, Missouri, through a full scholarship from the Chinese government, was arrested for snapping pictures around the perimeter of the Key West base with his smartphone.

Liao, who remains behind bars without bail, was recently represented by his lawyer in court, who argued the evidence presented against his client is “very minimal” and “sounds like a tourist taking some pictures.”

“If you believe that, I’ve got a bridge to sell you in Brooklyn,” Judge Snow responded, as reported by Florida Keys News. “I doubt there will be a slew of sunrise pictures” on the phone or camera.

However, Snow’s assertion was proven incorrect, as Special Agent Michael Miller of the Naval Criminal Investigations Service revealed that several tourist-like photos were found on Liao’s phone in addition to several images of the Truman Annex Naval base.

A fourth Chinese national named Zhao Qianli was also accused of illegally photographing Naval Air Station Key West and was ultimately sentenced to a year in prison in February 2019 after pleading guilty to related federal charges.

During Qianli’s trial, federal prosecutor Michael Sherwin noted that the 20-year-old waded in water to gain access to particular parts of the base and may have intentionally broken off from his tourist group.

While federal prosecutors appeared to suggest Qianli was taking photographs on behalf of Beijing, his defense vehemently rejected such an assertion.

“He’s not a spy,” attorney Hongwei Shang argued during a February 2019 hearing, reported the Miami Herald. “A spy would not do things like him. There’s no proof. ... He committed a stupid mistake. He confessed to it. He just wants to go home.”

Faced With ‘Catastrophic’ Morale, US Navy Looks to Unmanned Warships to Expand Fleet