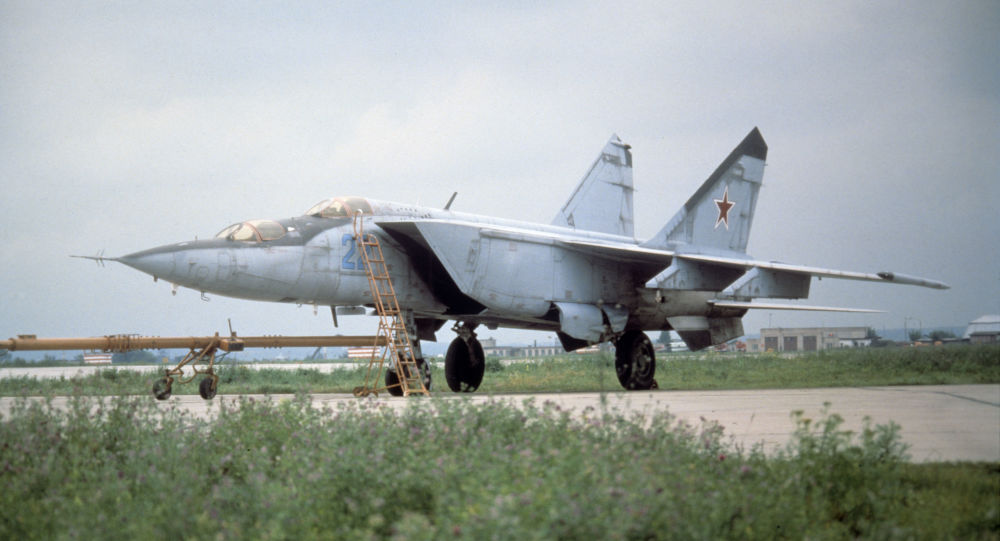 Introduced into service in 1970, the Mikoyan-Gurevich MiG-25 supersonic interceptor and reconnaissance aircraft was operated by over a dozen countries, and remains operational in the Algerian and Syrian air forces.

Sharing his impressions on the MiG-25 fighter, Japanese military analyst Kentaro Mori has pointed out that nearly half a century after its creation, the plane remains the undisputed “king of speed.”

In an article for Yahoo News Japan, the author recalled some of the aircraft’s impressive characteristics, including its 2,981.5 km per hour speed record set on a 500 km closed circuit test course in October 1967, a feat which has yet to be replicated by any other plane of its class.

Mori recalled that the Mig-25, NATO reporting name ‘Foxbat’, was developed by the Soviet Union to counter a new generation of high-speed US military aircraft, including the Lockheed SR-71 Blackbird strategic reconnaissance aircraft, and the North American XB-70 Valkyrie, the prototype for the planned B-70 US strategic bomber, which was canceled before ever being introduced.

The analyst pointed out that Soviet engineers managed to successfully solve a number of major technical issues, including the problem of extremely high temperatures generated as the plane accelerated to such breakneck speeds. This issue was resolved by creating an entirely new, custom steel alloy resistant to high temperatures.

Mori pointed out that in addition to its speed record, the MiG-25 set a rate of climb record, capable of reaching an altitude of 35,000 meters in just four minutes, 11 seconds.

Elusive for many years, MiG-25 made headlines in Japan in September 1976, when defector Viktor Belenko flew his MiG-25 fighter jet to Japan, landing at an airport on the northern island of Hokkaido. Belenko’s defection was a major blow to Moscow, with Japan allowing its US allies to carefully examine the plane for any shortcomings or weaknesses. Former US President George H.W. Bush, who served as director of the CIA at the time, called the plane’s arrival in Japan an “intelligence bonanza.” The US and soon learned that the plane didn’t feature a look-down, shoot-down radar system, a weakness that was soon exploited.

In 1976, during the height of the Cold War, Soviet pilot Viktor Belenko defected to the West taking with him the highly secretive MiG-25 fighter plane. pic.twitter.com/4VlzEyTtHS

Commenting on Russia’s plans to develop a new next-generation interceptor, the MiG-41, Mori suggested that it remains uncertain whether the new plane will surpass its granddaddy's speed record. In any case, he noted, “the trend has been attracting attention.”

In addition to its service in the Soviet Air Force, the MiG-25 was operated by Libya, Bulgaria, India, and Iraq, and continues to see limited service by the Algerian Air Force (which has 13 planes) and Syria, which has 2 in active service. Over its life cycle, 1,186 MiG-25s were built, and the knowhow that was collected during the plane's development helped lead to the creation of the MiG-31, which continues to remain in service with the Russian Aerospace Forces to this day. The latest modernization of the MiG-31 allows it to carry the Kinzhal, a brand new long-range high-precision hypersonic missile announced by President Putin in March 2018. Kinzhal-equipped MiG-31s have been operational since December 2017.