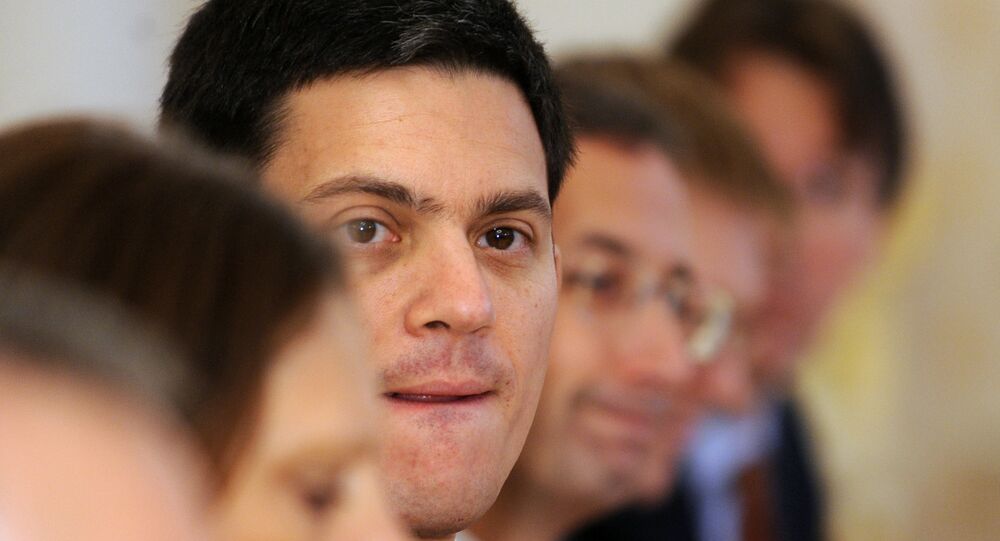 The news of the assassination of Qasem Soleimani has stirred the globe. While Tehran mulls a revenge scenario and Washington threatens countering Iran's possible retaliation, it reportedly turns out that US President Donald Trump was not the only person who had been thinking of killing of the top Iranian general.

Former UK Foreign Secretary David Miliband in the very last moment called off a Special Air Service (SAS) strike on the Iranian general in 2007, The Telegraph broke the news on Saturday.

According to the media report, citing sources, the British special forces were in standby mode to assassinate Soleimani over a decade ago after he was identified as the mastermind behind a campaign against UK troops in Iraq's southern port city of Basra.

Sources said that the SAS had him in their “crosshairs” and were ready to act - after the top Iranian general was located - when Miliband called off the operation.

“The Foreign Secretary said that he wanted to talk to the Iranians, not kill them. We had Soleimani in our crosshairs, but we had to call the operation off because of sensitivities in London about conducting this type of operation”, the source said, cited by The Telegraph.

© REUTERS / JONATHAN ERNST
Top Pentagon Brass 'Stunned' By Trump Decision to Assassinate IRGC Commander Soleimani - Report
Miliband, who now heads the International Rescue Committee (IRC), told the UK-based media outlet the account “does not tally with my recollection or that of senior people I worked with”.

UK Prime Minister Boris Johnson was reportedly given no advance warning of Friday’s US airstrike that killed Soleimani and several senior members from the Iraqi militia.

On Friday, Soleimani and Abu Mahdi al-Muhandis, deputy commander of an Iraqi Shia militia group, were among those killed in a US drone attack near Baghdad International Airport. US President Donald Trump suggested that the attack was a preemptive, defensive strike. Iran called the attack a terrorist action and has vowed to enact revenge, sparking fears of full-scale war in the Middle East.