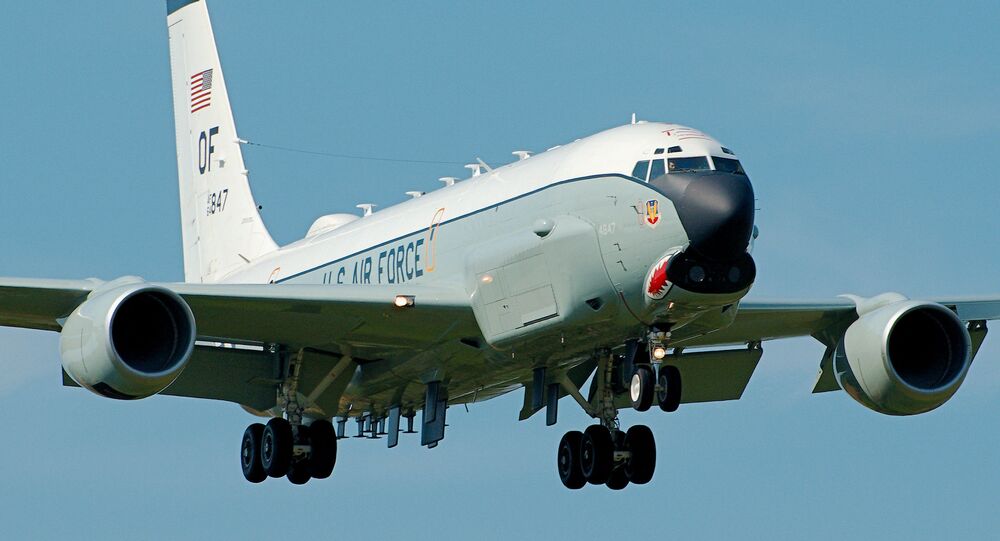 British and American electronic surveillance aircraft have been flying around the eastern Mediterranean near Lebanon anc Cyprus this morning, according to tweets by flight tracker INTELSky.

According to the account - which is run by enthusiasts who monitor global flight paths - a US Air Force RC-135W ‘Rivet Joint’ aircraft was seen lingering for several hours off of the coast of Lebanon, while a Royal Air Force (RAF) Sentinel R1 was seen leaving Britain’s Akrotiri air base in Cyprus, subsequently flying over Israel and Jordan. Both of the aircraft are used in an electronic warfare capacity and gather signals intelligence to monitor threats, such as an incoming missile launch.

The news comes following the US’ airstrike that killed Iranian general Qassem Soleimani, which happened in Baghdad on June 3rd, and marked a major escalation in regional tensions that have pitted Tehran against Washington and its allies in the Middle East. Iranian President, Hassan Rouhani, is widely quoted as saying that the US "will face the consequences of this criminal act not only today, but also in the coming years.”

While it appears that the neither the UK nor the US have issued a statement about what their surveillance activities are aimed at achieving, it is highly likely that they are monitoring the Middle East for any signs of an impending Iranian attack.

According to the RAF’s website, the Sentinel R.Mk 1 “provides long-range, wide-area battlefield surveillance, delivering critical intelligence and target tracking information to British and coalition forces” then “passing the information in near real time to friendly forces.” The RC-135 serves a similar function, providing early warning of potential attacks to coalition forces. According to the RAF, who also field the RC-135, the aircraft uses “its sensors [to] ‘soak up’ electronic emissions from communications, radar and other systems.”