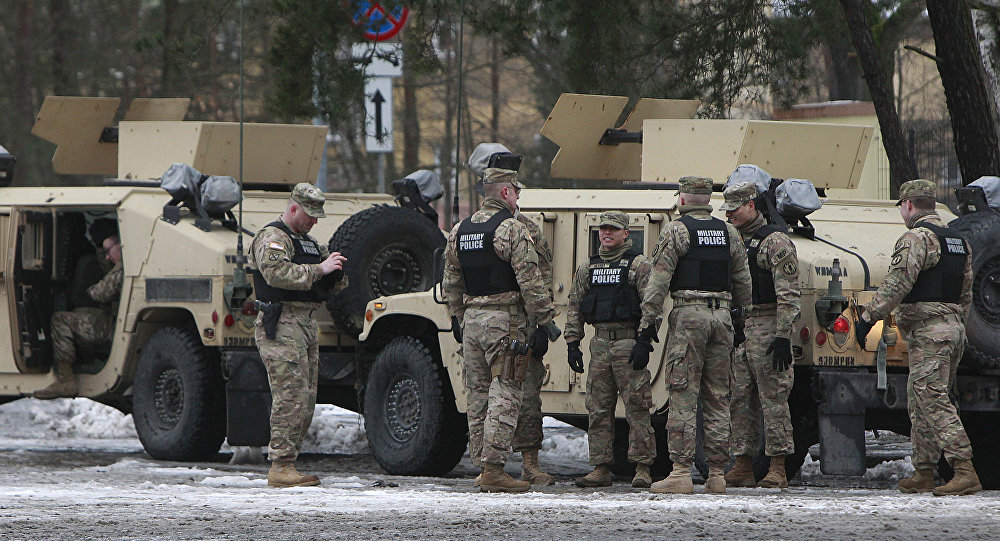 NATO’s Operation Atlantic Resolve in Europe was agreed by the alliance in June 2014 in response to what it describes as “Russian aggression”, something that has been repeatedly rejected by Moscow.

The first Nevada Army National Guard battalion will be deployed to Europe in peacetime to shore up NATO’s Operation Atlantic Resolve, the Lahontan Valley News reports.

The media outlet cited Lt. Col. David Evans as saying that the 70-strong battalion will mainly deal with managing and overseeing timely distribution and delivery of supplies.

The soldiers will be dispatched to Poland and other Eastern European countries, including Estonia, Latvia, Lithuania, Romania, Bulgaria and Hungary for a year-long deployment.

This will be preceded by the servicemen being sent to Fort Hood, Texas where they will go through a month of additional training.

US European Command and US Army Europe participation in Operation Atlantic Resolve has been ongoing since the fall of 2014, a few months after the operation was agreed by alliance members.

NATO has set a sustainable course for the alliance’s expansion by engaging Eastern European states and explaining the enlargement as a response to Russia’s alleged meddling in the Ukrainian conflict.

Moscow has repeatedly refuted such allegations, saying that the conflict is part of Ukraine’s domestic affairs and that it regards NATO's encroachments as provocative.

As far as Poland is concerned, Russian Foreign Minister Sergei Lavrov said last April that the decision to deploy more US troops in the Eastern European country would violate the Russia-NATO founding act.

“[The plans] reflect the United States' policy of scrapping all security arrangements that have existed in the Euro-Atlantic region. In this case, we deal with undermining one of the key provisions of the founding act between Russia and NATO, according to which no substantial combat forces are stationed on a permanent basis on the territory of new members of NATO”, Lavrov said.

At present there are around 4,000 US troops in Poland, deployed to the country as part of NATO's mission in the wake of Crimea's reunification with Russia in 2014.

Earlier, US President Donald Trump announced during a visit by his Polish counterpart Andrzej Duda to Washington that the US was thinking of establishing a permanent military base in the country.