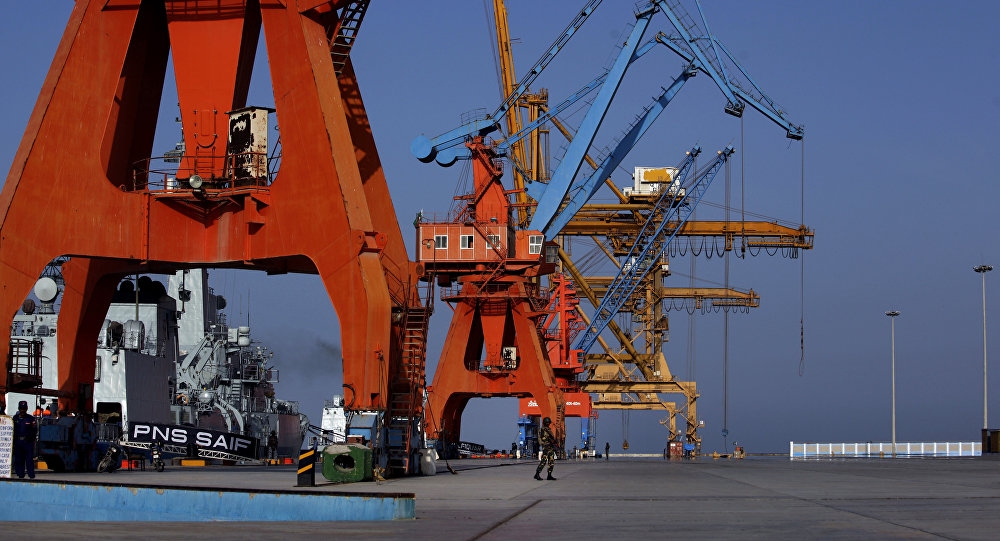 New Delhi (Sputnik): China had urged Pakistan to step up security of strategic Gwadar Port, considered the backbone of the CPEC- in the wake of a series of militant attacks in the Balochistan region last year. A section of Baloch people in the Pakistani province have been fighting for independence from the country, triggering concerns.

“The Pakistan Navy is fully cognizant of its responsibilities for safeguarding sea frontiers including the security of CPEC and Gwadar Port", Admiral Abbasi said while addressing personnel in the port city of Karachi.

The two "iron brothers" have been coordinating at high-levels to ensure security for the CPEC, which will provide an alternative route to Beijing in case of a conflict with India near choking points such as the Strait of Malacca in the Indian Ocean region.

Currently, around two-thirds of China's energy sources pass through the Strait of Malacca, which is very close to India’s tri-service command located at Andaman and Nicobar Island.

The two navies are also holding joint military exercises in the Arabian Sea later this month. The scale of the exercise can be seen by the participation of a Chinese destroyer, frigate, a supplement ship, and submarine rescue ships.

Without naming India, the Pakistani Navy chief reiterated the resolve to respond to any aggression posed against Pakistan and that it remains committed to maintaining peace and lawful order at sea in the region and beyond.

The Pakistani military has also raised a division headquarters of the 44th Light Infantry in Gwadar to coordinate security initiatives and protect the CPEC.

Baloch militants have been targeting Gwadar Port and CPEC since the project's inception, as they claimed that the project is threatening their identity. On 18 April 2019, Baloch militants killed 14 bus passengers in the Ormara area of Balochistan Province, including 11 members of Pakistan’s Armed Forces.