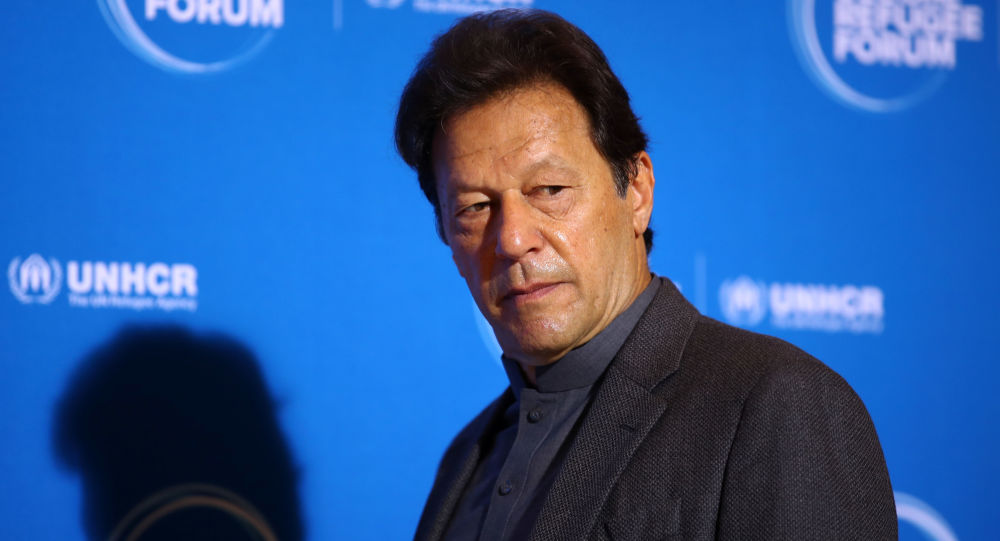 New Delhi (Sputnik): A constitutional amendment has been put in motion by the Imran Khan government after the country’s apex court suspended an order, requesting a decision to extend an army chief’s appointment.

The Pakistani government initiated an historic process on Friday whereby the appointment, re-appointment, or extension of the country’s army chief will become the sole prerogative of the government and unchallengeable in any court.

The legislation says that terms and conditions of the chief of the army staff shall be determined by the president on the advice of the country's prime minister.

“Notwithstanding anything contained in this Act or any other law, or any order or judgement of any Court, the appointment, reappointment or extension of the Chief of the Army Staff, or the exercise of discretion by the appointing authority in this regard, shall not be called into question before any court on any ground whatsoever", the legislation reads.

The legislation has also mandated the maximum age limit of the three services chiefs to 64 years. Currently, any service chief can remain at the helm until age 60.

On 26 December, the Imran Khan government also filed a review petition in the Supreme Court, seeking the formation of a larger bench to consider the judgement related to the extension of Army Chief General Qamar Javed Bajwa's tenure on 28 November. The government sought an on-camera hearing of the plea.

Pakistani Prime Minister Khan granted a three-year extension to Army chief General Bajwa in August this year, as the country has been faced with an unprecedented situation with neighbouring India over Kashmir.

The Supreme Court had termed the extension of the tenure of General Bajwa as “meaningless” in the absence of a relevant law.

After the court ruling, the government submitted an undertaking, saying the parliament would pass legislation on the extension of the term within six months.