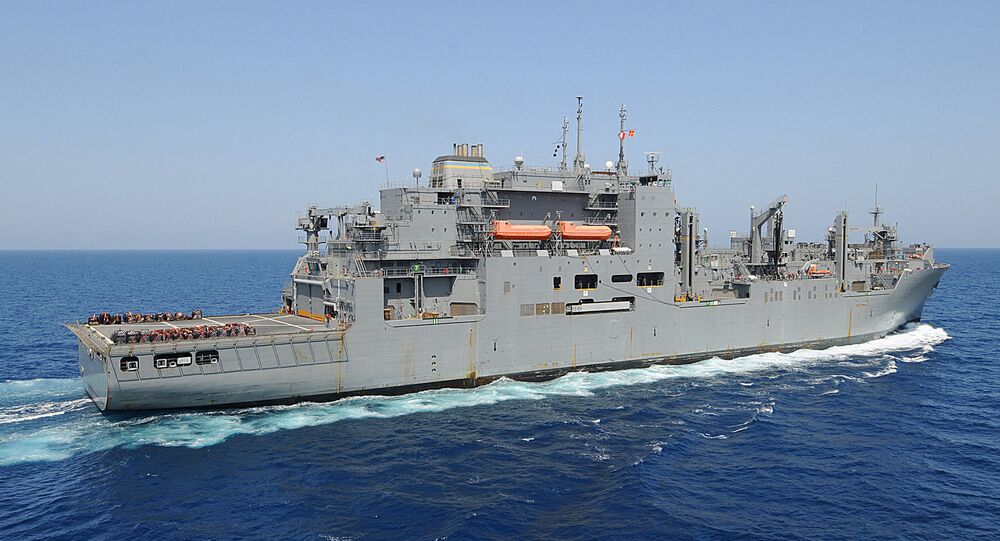 A recent, massive test of the US Navy’s emergency cargo fleet has revealed some major shortcomings, with only half of the ships expected to be quickly ready for operation unable to even leave the dock.

In September of last year, the US Transportation Command carried out a so-called “turbo activation,” the largest surge test it’s conducted in decades, to see how the reserve cargo fleet would fare if it were called upon to transport large amounts of US military war materiel across the ocean tomorrow.

The results did little to inspire confidence in Washington’s ability to send its boys “over there.”

“The relatively low … Qualitative Mission Success Rate indicates the Organic Surge Fleet is challenged to be immediately available for a large-scale inter-theater force deployment without delays/impacts to force closure due to degraded readiness,” reads an unclassified December 16 report by TRANSCOM on the test.

Of the 61 ships suddenly activated in the test, 40.7% were fully ready to support a major sealift operation - barely half of the standard 85% readiness expected by the Navy.

“You had 22 out of the 61 ships in either C-5 or C-4 condition,” Sal Mercogliano, a merchant marine and current professor at Campbell University, told Defense News for a Wednesday article. “C-5 means that you can’t even leave the dock; C-4 means you can leave the dock but you are not in any condition to sail any real distance. In my ballpark, that’s non-mission capable. So right off the bat you lose 22 of the 61 ships. Then of the 33 that they activated, nine of them had issues. Three of them were C-4 level.”

“If you are Indo-Pacific Command, or you are Central Command, and you are counting on a certain amount of square footage available to you, that’s going to have huge ramifications,” Mercogliano added.

The surge fleet is part of the legion of cargo ships coordinated by US Military Sealift Command to ship, refuel and resupply US forces around the world. Some of those ships are owned outright by the US Navy always fly under its colors using the USNS designation, but the surge fleet are dry cargo ships often chartered by the Navy for use in case of emergency shipping needs, such as a conflict breaking out.

While the Air Force’s many heavy airlifting planes like the C-7 Globemaster III can provide emergency deployment of men and equipment to far-away lands, in the event of a major conflict, it’s the Sealift fleet that will bear the vast majority of the transportation burden.

According to the Sealift Command website, the surge fleet includes eight fast sealift ships, 11 surge LMSRs (Large, Medium-Speed Roll-On/Roll-Off) and 44 reserve force ships, which includes a variety of roll-on/roll-off ships, breakbulk cargo vessels, tankers and crane ships. These ships are expected to be ready to proceed to a loading port in between four and 20 days after being activated, the website notes.

Retired Rear Adm. Mark Buzby, who heads the Department of Transportation’s Maritime Administration, which is responsible for maintaining the reserve fleet, told Defense News in November that a major problem of reactivating these aging ships is a shortage of engineers qualified to run the steam-operated vessels, which are all-but-nonexistent in the commercial world.

A chart accompanying the December report revealed that no Surge Fleet vessel is younger than 12 years old, with the majority of them between 40 and 54 years of age. The oldest, the steam-powered crane ship SS Grand Canyon State, was built in 1964.

Forbes noted in April 2019 that while Congress has mandated a new replacement fleet be built, with delivery beginning in 2026, there is no money in the Pentagon’s 2020-2024 budget for such construction. One proposed replacement, the Common Hull Auxiliary Multi-Mission Platform (CHAMP), has proven far too costly to be viable, with former Navy Secretary Richard V. Spencer saying in May 2019 that he needed ships perhaps one twentieth the cost of the CHAMPs, which weighs in at nearly $1 billion each.

A November memo from the White House Office of Management and Budget (OMB) to the Pentagon recently obtained by Defense News that made apparent the wide rift between the two competing visions of the US Navy fleet’s future also included a directive from the OMB to the Navy to produce a cheaper alternative than the CHAMP platform.

If the Navy cannot replace its Sealift fleet, it will find itself unable to move its vast land-based forces abroad to wage a major conflict.

US Navy Orders $49Mln Worth of New Submarine Escape Suits