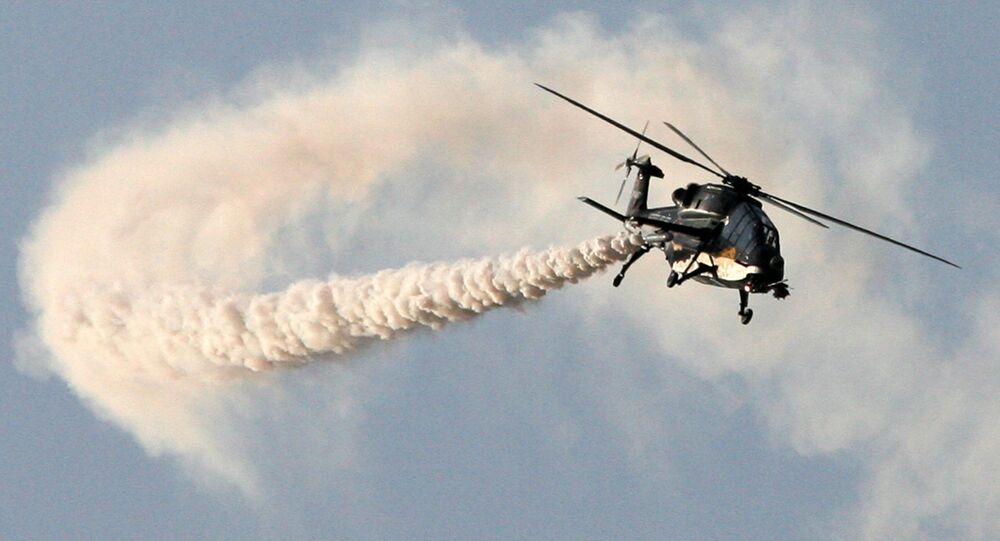 Most German Military Helicopters Not Ready for Use - Report

The readiness of the German Armed Forces, the Bundeswehr, has been the topic of heated debate amid reports of staff-shortages, problems with ammunition, weapons, and even aging jets – as well as underfunding. Germany has also been the target of US criticism for spending less than 2% of GDP on defence, as NATO countries agreed to do years ago.

German Air Force pilots are unable to perform flights properly as inspections of helicopters take too long, the German newspaper Bild reports. The outlet cites a secret document for the country’s armed forces, the Bundeswehr, indicating that the programme for annual time in the air for Tiger attack helicopters, which is said to be “not enough anyway”, fell short by more than 20% in 2019.

The reason for this is that standard routine checks are regularly delayed, the outlet suggests. Bild reports that in November, there were only eight ready-to-use Tiger helicopters out of the total number of 53, and only 12 ready-to-go NH90 transport helicopters out of 99 such machines in the army.

The German Armed Forces are said to believe that the contractor, Airbus Helicopters Germany (AHD), is responsible for the situation as the paper argues that it would "only partially meet the contractual obligations" and criticises its "incomplete or delayed performance”. The company is responsible for half of all the routine checks of Tiger helicopters after every 400 hours of flight. As for the NH90 transport aircraft, AHD reportedly takes on almost 90% of the routine checks after every 600 hours in the air. Unnamed representatives of the troops reportedly complain that "delays with industrial maintenance services are a common practice".

This is said to be particularly problematic, as both types of military aircraft are "significantly susceptible to faults and high-maintenance".

At the same time, Bild points out that Bundeswehr insiders warn against putting the blame solely on contractors.

“Yes, the industry does not meet the advertised figures. But blaming the industry alone would be wrong. Half of the responsibility is on the Bundeswehr”, an unnamed expert cited by the outlet noted.

This opinion is echoed by Green politician Tobias Lindner, who claimed that “the catastrophic operational readiness of the Tiger now also affects the training of the pilots” and called the situation “unforgivable”. According to him, the problems, especially the ones with the Tiger helicopters, have been known for years.

Last year, the German Air Force already came under fire over problems with helicopters after it suspended the flight operations of all of its 53 Tiger helicopters due to technical faults found in their parts in August. Before that, Lt-Gen Ingo Gerhartz, the German Air Force’s chief of staff, admitted that “the Luftwaffe is [now] at a low point”, adding that “aircraft are grounded due to a lack of spare parts, or they aren’t even on site since they’re off for maintenance”.

The German government acknowledged in a written answer to parliament that the country’s air force fails to meet NATO’s minimum training requirements of 180 hours of flight per year because it lacks enough working aircraft for its pilots to fly. Only 512 of the Luftwaffe’s 875 pilots were able to meet the NATO target last year, according to the government.

The developments have only fuelled criticism against the German Defence Ministry and the armed forces due to a series of mishaps. In 2018, German media cited sources in the country’s Defence Ministry as saying that only 39 percent of heavy military equipment delivered to the German Armed Forces last year was fit to be immediately put into service. The ministry specifically expressed concern over Airbus A400M transport aircraft, armoured Puma infantry fighting vehicles, and Leopard 2 tanks.

© REUTERS / Ruben Sprich/Files
Fuel Tanks Break off From Tornado Fighter Mid-flight as Germany Seeks Replacement for Aging Jets
In 2019, Hans-Peter Bartels, chief of the German parliament’s defence committee, also warned that the country’s navy is running seriously short on combat capable vessels. The reported problems have even affected basic necessities, such as footwear for soldiers. As Germany’s Der Tagesspiegel newspaper has reported, citing a Defence Ministry response to a parliamentary inquiry into the matter, the shortages, caused by “limited production capacity in industry”, have had an impact on the foot health of troops as well as their wallets, with soldiers often buying their own footwear because their army issue boots cause blisters or result in detached soles.
...
Reddit
Google+
Blogger
Pinterest
StumbleUpon
Telegram
WhatsApp
51