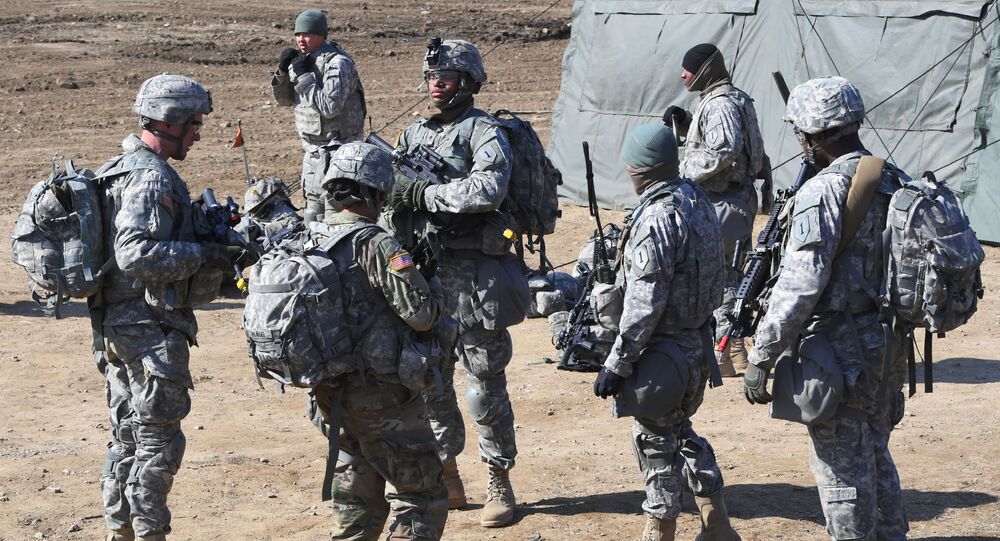 On Tuesday Iraqi protesters set on fire the outside fence of the US Embassy in the capital of Baghdad, reportedly in response to American airstrikes against the Iraqi Shia Kata’ib Hezbollah militia. US officials were quick to claim that Iran had orchestrated the demonstration.

US Secretary of Defence Mark Esper tweeted Tuesday that, at "the direction of the Commander in Chief", he had authorized the immediate deployment of additional forces to the Middle East to mitigate what he characterized as "increased threat levels against" American personnel.

...and facilities, such as we witnessed in Baghdad today. The United States will protect our people and interests anywhere they are found around the world.

​Esper also said that an infantry battalion from the Immediate Response Force (IRF) would be deployed.

At the direction of the Commander in Chief @POTUS, I have authorized the deployment of an infantry battalion from the Immediate Response Force (IRF) of the @82ndABNDiv to the @CENTCOM area of operations in response to recent events in Iraq.

© Photo : 1st Lt. Daniel Johnson/U.S. Army
Israel Congratulates US After Strikes on Shia Forces in Iraq, Syria – Netanyahu's Office
​Earlier in the day, US President Donald Trump threatened Iran, after protesters attacked the US embassy in Baghdad in response to American strikes on Shia militia targets.

The Iranian Foreign Ministry dismissed the "empty" accusations of the Trump administration, and called on the White House to cease its "destructive policies" in the Middle East.

As many as 4,000 US servicemen are reportedly on standby for possible deployment to the region, Fox News said, adding that hundreds of paratroopers are already en route to the region.

According to the media report, at least 5,000 soldiers are currently stationed in Iraq, assisting the Baghdad security forces. US forces in the region number around 60,000, according to Fox News.

US to Increase Sanctions Against Iran in 2020 - State Department