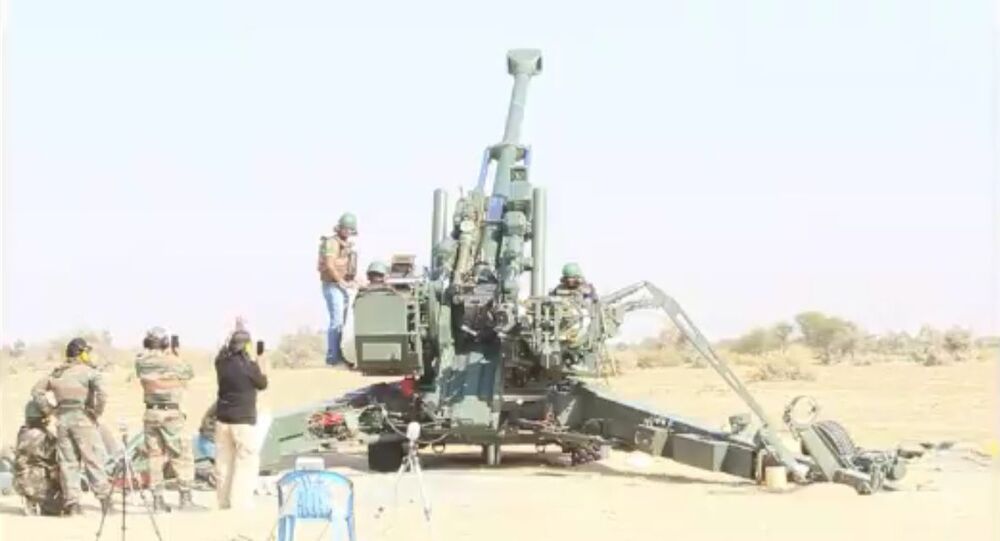 New Delhi (Sputnik): Over the last 18 months, the Indian Army has inducted American M-777 and South Korean K9 Vajra artillery units as well as its domestically-made Dhanush howitzer. The army has plans to modernise its entire artillery system in the next seven years.

The 155 mm x 52 calibre ATAGS achieved the milestone during evaluation trials at a firing range in the Pokharan region of India’s Rajasthan state. It offered the key parameters for the howitzer to pass the evaluation trials.

The howitzer is being developed by the private firm Tata SED with support from the state-funded Defence Research and Development Organisation (DRDO), the country's premier military R&D organisation.

And the @DRDO_India - @TataPower SED #ATAGS makes a key breakthrough - five round burst in 62 secs. pic.twitter.com/UDsrfET9GH

In manned firing, the system surpassed 20 rounds in 12 minutes without reporting any stoppage. The system has a range of over 40 km with advanced features in terms of high mobility, and quick deployability.

The ATAGS towed artillery gun system project is fully made in India, and was presented by the DRDO as part of the Indian Army's artillery modernisation programme.

The Armament system of the ATAGS includes its barrel, breech mechanism, muzzle brake and recoil mechanism, allowing it to fire 155 mm calibre at a longer range, and with accuracy and precision; additionally, it provides greater firepower.

The army had procured Swedish Bofors in the 1990s — a deal which later triggered enormous controversy involving political big-wigs accused of receiving kickbacks from the supplier. The purchase of howitzers was put on hold until earlier this year, when the Indian Army received its first tranche of the American ultralight Howitzer M-777s.

The delay of almost 30 years has been a major stumbling block for the Indian Army’s field artillery rationalisation plan (FARP). According to the plan, the army needs over 1,500 155 mm 52 calibre towed Howitzers and an 814 mounted gun system of the same calibre.