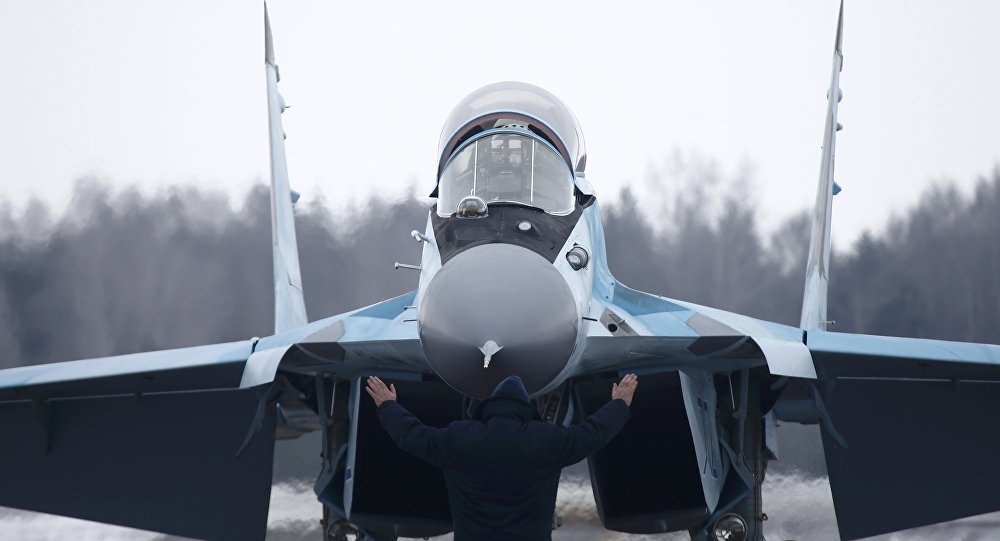 The export version of the MiG-35 differs from the regular model of the aircraft by the altered geometry of its airframe and an updated system of airborne radar equipment.

The United Aircraft Corporation (UAC) will create an export version of the MiG-35 fighter with a new cockpit, UAC Director General Yuri Slyusar said in an interview.

"We are talking about creating an export version of the craft in the guise of a new cab. The MiG-35 is interesting to a number of our foreign partners. We are negotiating", said Slyusar. According to UAC's director, the company is already negotiating with foreign partners on the issue.

The MiG-35 is equipped with new engines that have increased thrust, has the ability to refuel in flight and fulfill the role of a tanker. In addition, the single and double versions of the aircraft are completely unified according to the design of the airframe, the complex of on-board equipment and the functions performed. The fighter can carry a wide range of weapons: short-range, medium and long-range guided air-to-air missiles; air-to-surface missiles designed to destroy ground targets; adjustable bombs; unguided missiles; bombs and one-time bomb containers with a calibre from 100 to 500 kgs.

This fighter is capable of solving a wide range of tasks, including striking with precision-guided weapons at ground and surface targets without entering the air defence zone, day or night, and in any weather conditions. It can conduct aerial reconnaissance using optoelectronic and radio equipment as well as intercept modern means airborne weapons.

The export version of the MiG-35 differs from the regular model by the altered geometry of its airframe and an updated system of airborne radar equipment. The package includes a radar with an active phased array (AFAR), capable of capturing and tracking up to 30 air targets at a time.