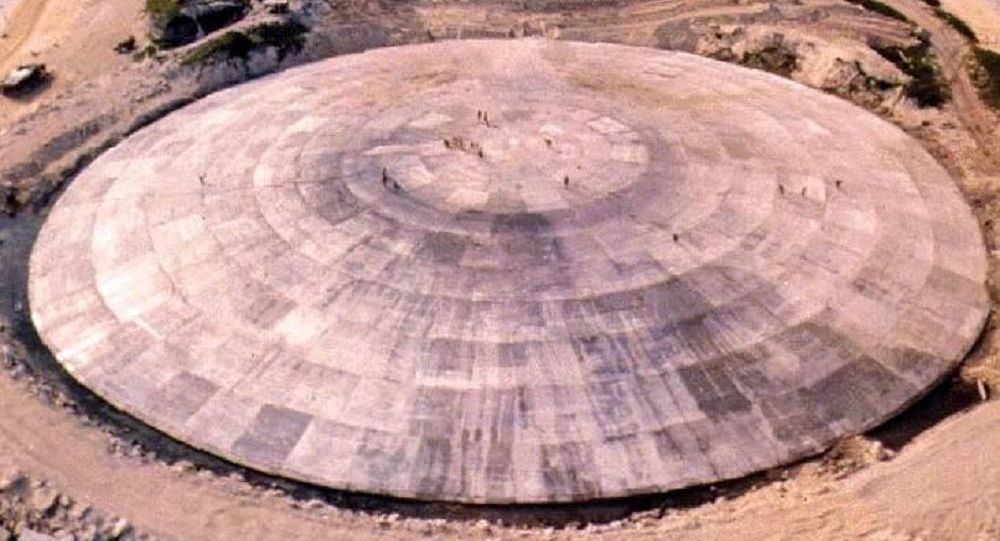 As part of the 2020 National Defense Authorization Act (NDAA), US officials must ensure that the radioactive waste repository left by the US on Runit Island in the Pacific Ocean does not harm the local population, surrounding environment or wildlife.

The island’s Runit Dome, also referred to as the “Cactus Dome” or “The Tomb,” is a containment facility holding about 111,000 cubic yards of radioactive debris created by the US following several nuclear tests on the Marshall Islands’ Enewetak Atoll in the Pacific Ocean between 1946 and 1958.

According to Military.com, the US Department of Energy (DOE) has been asked to report to Congress within six months of the December 20 signing of the defense bill by US President Donald Trump on the “status of the Runit Dome in the Marshall Islands” pertaining to potential radioactive chemical leaks.

The NDAA also requires the DOE to devise a “detailed plan to repair the dome to ensure that it does not have any harmful effects to the local population, environment, or wildlife, including the projected costs of implementing such plan.”

The amendment in the NDAA calling for addressing the Runit Dome’s safety concerns was included by Democratic presidential candidate Rep. Tulsi Gabbard (D-HI) and was passed by the House Armed Services Committee in June.

“The Runit Dome, locally called The Tomb, contains 111,000 cubic yards of radioactive nuclear waste created by US nuclear testing during the Cold War. The Marshallese people are gravely concerned about environmental threats to the integrity of the storage site and the impact on their country,” Gabbard said in a news release at the time.

“The US government is responsible for this storage site and must ensure the protection of the people and our environment from the toxic waste stored there.”

In May, United Nations Secretary-General Antonio Guterres, along with President of the Marshall Islands Hilda Heine, expressed concern over the potential leaking of radioactive materials from the Runit Dome as waters around the facility rise. According to Guterres, Heine was “very worried because there is a risk of leaking of radioactive materials that are contained in a kind of coffin in the area.”

No Vase Here: Pyongyang's Christmas Gift to Trump Likely to be Halt in Nuclear Negotiations