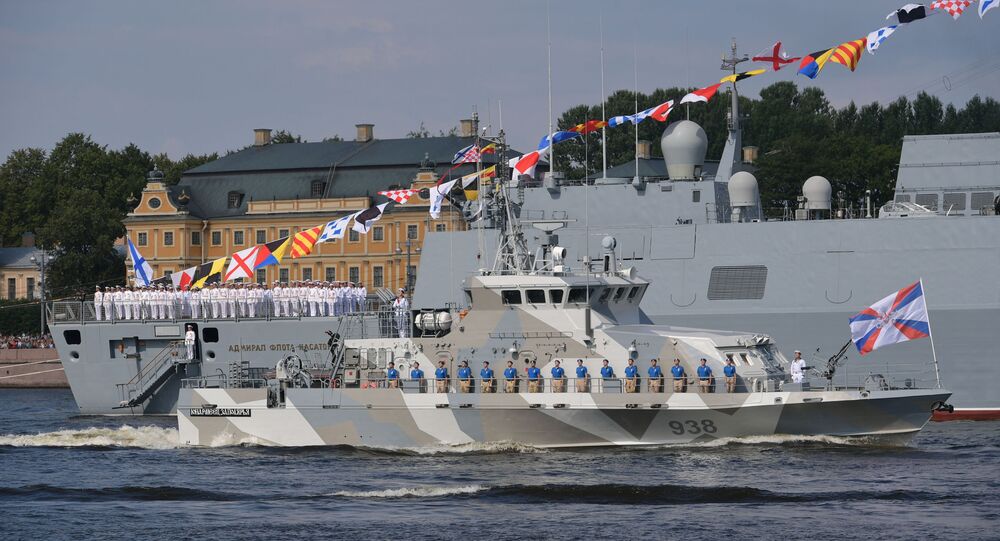 MOSCOW (Sputnik) - The Northern Fleet previously said that the factory sea trials for Admiral Kasatonov had started on 20 November and were expected to be carried out in several stages.

Artillery tests for Russia's first frigate under Project 22350, Admiral Kasatonov, have been postponed due to a storm in the Barents Sea, the press service of the Northern Fleet said on Wednesday.

"Separate episodes of the test program at this stage had to be postponed to a later date due to safety requirements. In more favourable weather conditions, the frigate’s crew will test towing and firing artillery at a coastal target", the statement said.

Nevertheless, some of the scheduled sea tests and checks have been completed.

The Project 22350 frigate is designed to perform a wide range of tasks, including the destruction of surface ships, convoys and airborne troop units; search and destruction of submarines and ground targets; and anti-aircraft, anti-submarine and anti-missile defence of ships and vessels.