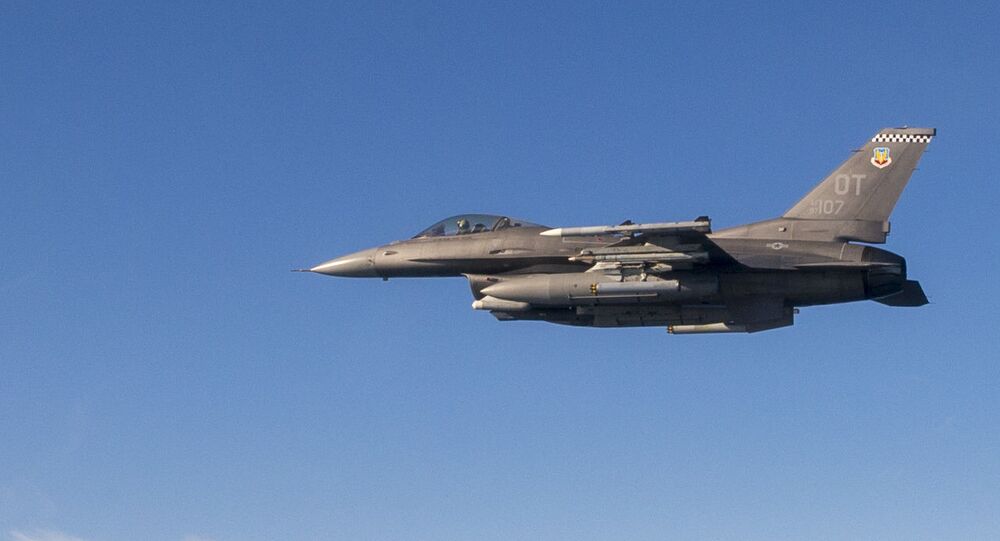 The US Air Force may soon cut costs in the area of cruise missile defense (CMD) after an “unprecedented” test of a new system fixed to an F-16C Fighting Falcon yielded successful results against a subscale drone.

“The test was unprecedented and will shape the future of how the Air Force executes CMD,” Col. Ryan Messer, commander, 53d Wing, said in a quote within the news release. “This is a prime example of how the 53d Wing is using resources readily available to establish innovative ways that enhance combat capabilities for our combat units.”

A USAF says an Eglin-based F-16 has demonstrated the ability to shoot down a cruise missile using a guided 2.75-in. rocket. Story to follow @AviationWeek. Photo credit: USAF pic.twitter.com/UXiGCAeLCP

1st Lt. Savanah Bray, a spokeswoman for the 53rd, told Military.com that although the F-16 was capable of carrying up to 14 APKWS munitions, it fired just one laser-guided rocket and managed to land a direct hit.

According to the release, the AGR-20A was originally developed as a “low cost, low collateral damage air-to-ground weapon” for campaigns in Afghanistan and Iraq.

The December 19 test of the APKWS in a counter-air scenario not only offers the Air Force a cheaper price per missile when compared to the commonly used AIM-120 Advanced Medium-Range Air-to-Air Missile (AMRAAM), but the AGR-20A can be loaded faster on an aircraft, too. Bray revealed to the military news outlet that the AIM-120 system can run the service anywhere between $600,000 and $850,000 per projectile, while the APKWS costs around $30,000.

However, the AMRAAM still has a much longer range, being capable of hitting an aerial target 86 nautical miles away; the APKWS has a maximum range of 12 miles.

Slow motion footage released by the 53rd Wing shows the F-16, flown at a low altitude by test pilot Maj Jeffrey Entine of the 85th Flight Test Squadron, firing a rocket at a small drone.

And here’s slow motion video of the rocket firing, courtesy of @TeamEglin pic.twitter.com/4mbRe1PZTq

It’s also estimated a jet such as the F-16 can “transport two-to-three times” more AGR-20A missiles than its current capacity for AIM-120 missiles.

“This proof of concept can have implications for homeland defense missions, Combined Defense of the Arabian Gulf, and beyond,” Messer said. “I am exceptionally proud of the efforts of the 85th TES and the units across the 53d Wing that made this possible.”

US Air Force’s B-1B Bombers Could Be Flying Higher, Slower to Avoid Breaking Down