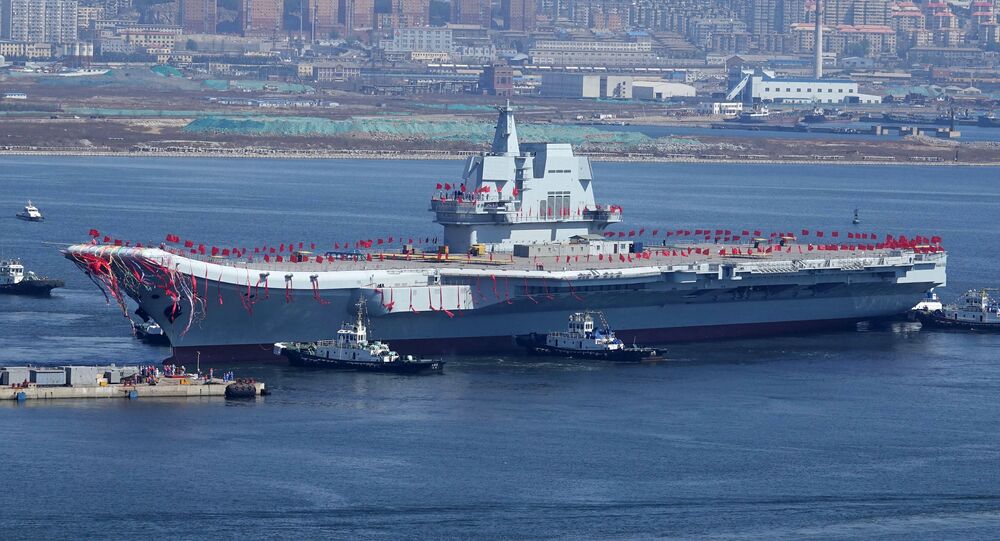 Both the J-15 fighter jets and the new carrier are based on Soviet weapon design, which is also used in the Russian Armed Forces. This is the first carrier China has completely built on its own.

A new Chinese carrier, the Shandong, which entered service on 17 December this year, was shown in action in a report by Chinese CCTV7 channel. The report features Chinese J-15 4th-generation jets practicing takeoff and landing on the boat.

Both the Su-33 prototype and the Soviet Varyag carrier were purchased by China from Ukraine, according to Russian media reports.

The Shandong, whose construction began in 2013, is China’s first completely domestically-built carrier. It can reportedly carry up to 36 jets, according to a Popular Mechanics report. This is China’s second carrier, complementing the Liaoning, another Kuznetsov-class carrier.