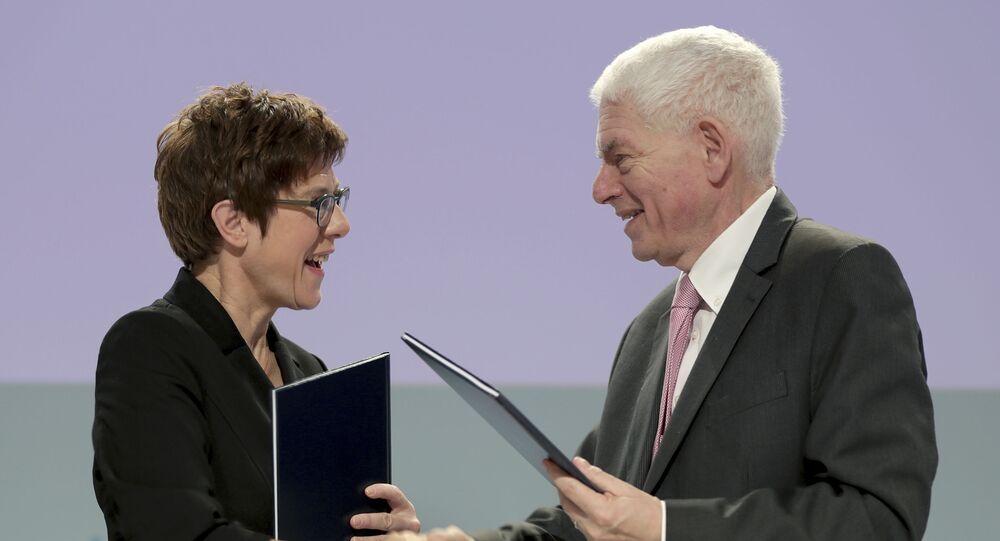 The German military hasn't employed rabbis in its forces since the start of Hitler's rule in 1933; decades after what German Defence Minister Annagret Kramp-Karrenbauer described as a "broken history" between Jews and the military, the country has decided to reintroduce Jewish religious counsellors in its forces.

Germany's Defence Minister Annagret Kramp-Karrenbauer announced on Friday that rabbis would be introduced in the German army to look after the spiritual needs of Jewish soldiers.

According to the defence minister, ten rabbis will begin working for the Bundeswehr in the coming months.

After signing the agreement, President of the Central Council of Jews in Germany Josef Schuster called the day "historic" for the relations between Germans and Jews:

"People who consider themselves to be part of a democratic society should and must take responsibility for it," he said, adding that the move is "a signal for... the strength of democracy".

© AP Photo / Jens Meyer
Chief European Rabbi Calls for Limiting Radicals’ Access to Social Networks
The defence minister, in her turn, said that the move to reintroduce rabbis in the army is a sign of the diversity of the German military.

Besides the restoration of rabbis in the military, Germany is considering introducing Muslim religious counsellors.