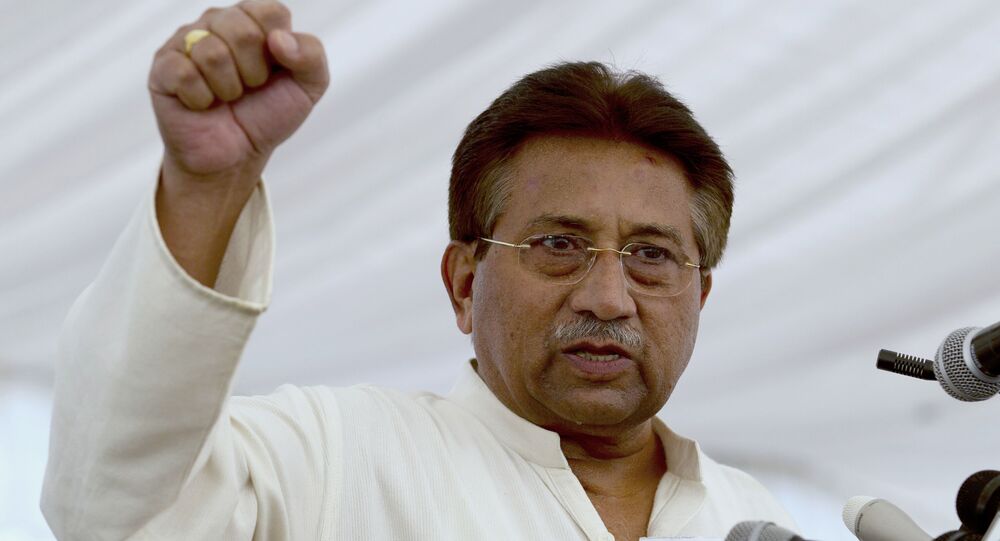 New Delhi (Sputnik): Soon after the death sentence order was passed by a special court in Pakistan, the country’s armed forces huddled at the Pakistan Army's headquarters at Rawalpindi about the way forward. This is the first time when a court has handed down the death penalty to a former army chief.

Expressing pain and anguish at the death sentence to General Pervez Musharraf, the Pakistan Armed Forces on Tuesday said that “due legal process seems to have been ignored” by the special court that gave the sentence to the former army chief and ex-president of the country.

Reacting to the verdict, the Pakistani military’s media wing described the case as “concluding in haste”, as the ex-army chief, who served the country for over 40 years, could never be a traitor.

“An ex-Army Chief, Chairman Joint Chief of Staff Committee and President of Pakistan, who has served the country for over 40 years, fought wars for the defence of the country can surely never be a traitor”, the army’s media wing Inter-Services Public Relations said hours after the special court in Lahore gave its verdict against Musharraf.

The high treason case against 76-year-old General Musharraf was filed in December 2013 for declaring a state of emergency in Pakistan on 3 November 2007 and suspending Pakistan's constitution.

The Pakistan Armed Forces expect that “justice will be dispensed in line with Constitution of Islamic Republic of Pakistan”.

The army said that the court had denied the fundamental right of self-defence to the former military leader, who was found guilty under Article 6 of the Constitution of Pakistan, which states that any person who suspends the constitution by use of force shall be guilty of high treason.

The former Pakistani leader has been living in self-exile in Dubai since 2016, seeking medical treatment. However, even if General Musharraf is extradited for the implementation of this verdict, he cannot be hanged, as Pakistan law exempts extradition cases from capital punishment.

Musharraf governed nuclear-armed Pakistan from 1999 to 2008 after he seized power from the then-Prime Minister Nawaz Sharif in a coup. In the 72-year history of independent Pakistan, the army has three times stepped in to topple civilian governments and impose martial law.

Pakistan Lawyers on Countrywide Strike After Clashes with Doctors - Reports