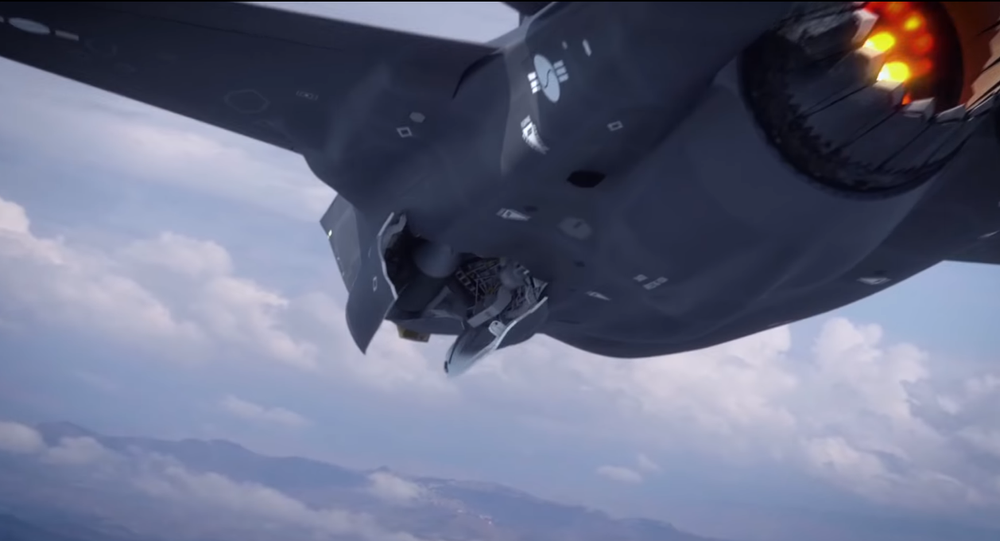 Earlier this week, South Korean media reported that the country’s air force expects to achieve initial operating capability for its first batch of F-35As later this month. North Korea has threatened to destroy the US-made war planes, calling their delivery to the peninsula an “extremely dangerous action.”

The Republic of Korea Air Force (ROKAF) has released a 4:38 minute video showing off its advanced capabilities, including those of its newly obtained F-35A fighters.

Although the Kub is known to serve in North Korea’s air defence forces, it’s not immediately clear why animators chose to include the Pantsir-S1, since North Korea is not known to operate the air defence system at present.

Seoul received the first of its F-35A fighters in March, with 13 planes expected to be delivered before the end of the year. Another 47 F-35As are on order. The ‘A’ denotes that the planes are the F-35’s conventional takeoff and landing variant.

On Friday, The Diplomat reported, citing local media, that ROKAF expects to declare initial operating capability for its F-35As on December 17.

North Korea voiced its concerns over the delivery of F-35 fighters to the Korean peninsula in July, categorizing them as a potential ‘first strike weapon’ and promising to develop and test new “special armaments to completely destroy the lethal weapons reinforced in South Korea.”

The F-35 is a fifth-generation multi-role fighter designed and manufactured by Lockheed Martin. While boasting numerous advanced capabilities, including stealth, advanced cockpit, radar, avionics and helmet-mounted display systems, the plane has also been criticised for a plethora of design problems, glitches, and operational issues. With an estimated operational lifetime cost of $1.5 trillion, the F-35 is the most expensive weapons system in human history.