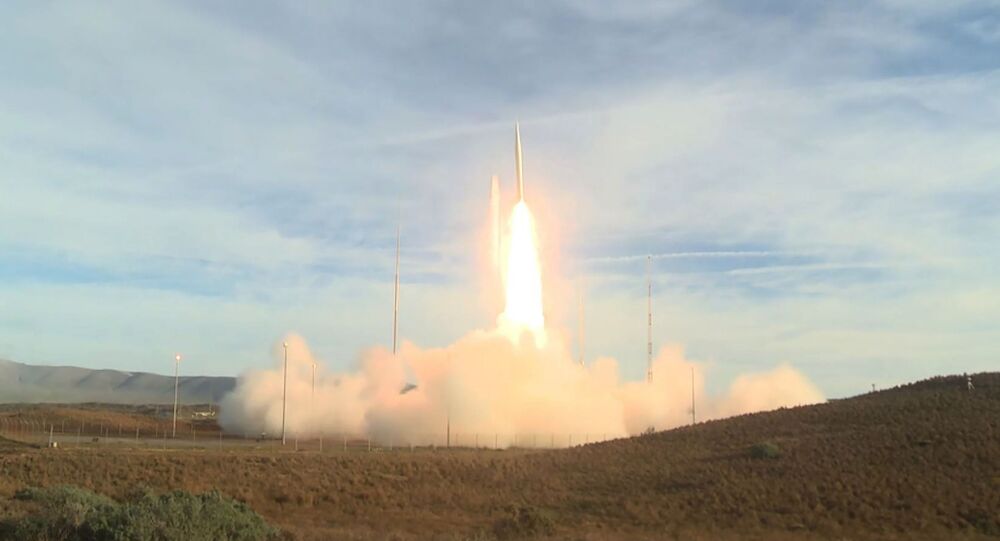 Earlier on Friday, Russian Foreign Ministry spokesman Vladimir Yermakov said that Moscow is concerned over the test of a missile by the US that was previously prohibited by the now-defunct Intermediate-Range Nuclear Forces (INF) Treaty.

US Defence Secretary Mark Esper has posted a video of a recent test of the INF Treaty-banned US ground-based missile on his Twitter page where he also noted that it had taken less than nine months, instead of the usual two years, to go from concept to launch of the projectile.

Esper claimed that work on the missile’s test-launch began after Washington withdrew from the Intermediate-Range Nuclear Forces Treaty earlier this year.

His remarks came as the Russian President’s spokesman Dmitry Peskov pointed out that the test proves that the US has long aimed at destroying the IMF Treaty.

“We have repeatedly said that the United States has long been preparing for violating the INF provisions. This is a speaking proof of the fact that the deal was in fact destroyed at the US initiative, which is regrettable for us,” Peskov told reporters on Friday.

Vladimir Yermakov, the head of the Russian Foreign Ministry's Department for Non-Proliferation and Arms Control, in turn said that Moscow is “worried” about the test and that Russia “will certainly take this into consideration.”

The statements were echoed by the Chinese Foreign Ministry's spokeswoman, Hua Chunying recalling that since August 2, 2019 when the US announced withdrawing from the INF Treaty, the Pentagon has already carried out two tests of ground-based missiles.

“This substantiates once again our previous estimates that the US has reasoned out withdrawing from the INF well in advance,” Hua said on Friday.

Earlier, the Pentagon declined to disclose any missile-related specifics, only stating that the test was conducted from a “static launch stand” at Vandenberg Air Force Base in California.

The Department of Defence added the projectile, configured to be armed with a non-nuclear warhead, flew more than 500 miles (804 kilometres) before landing in the open ocean.

The INF Treaty, signed by the US and the then Soviet Union in 1987, was terminated on 2 August at Washington’s initiative after the White House formally suspended its INF obligations six months earlier.

Both countries had repeatedly accused each other of violating the deal, which banned any ground-launched ballistic and cruise missiles with ranges of 500 to 5,500 kilometres (310 to 3,417 miles, respectively).

In September, Russian President Vladimir Putin called for introducing a moratorium on the deployment of INF Treaty-covered missiles in Europe and other regions. Although NATO confirmed that it had received the proposal, the alliance said that they did not consider this offer credible.